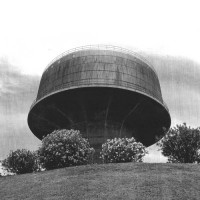 Royal Headache's assured debut record came out nearly half a decade ago (it was re-released in North America in 2012), a gap long enough to ignite the flames of a possible breakup. Well, that news may or may not be true, but the band finally got around to recording a new album. At this point, the band don't have to meet the expectations of matching or bettering their debut record, they just simply have to prove that they can still write catchy soul influenced garage rock. Granted, High doesn't do much to add any shades to the band's winning formula, but it does supply another half an hour of quality, fuzzy garage pop.


After the self titled album came out, Royal Headache's main attraction was their vocalist, a shady fellow who simply goes by the elegant name Shogun. On High, the band are able to distinguish themselves a bit more, putting in stellar performances on tracks like the thrashing "Another World" and the mid tempo "Carolina." The instrumentation is a little more varied, still relying on the formulas they used on their first album, but spinning them just enough to avoid listener fatigue.


The middle of the record throws in two songs that pass the four minute mark, odd for a band that mostly doles out two minute garage attacks. The former, "Wouldn't You Know," is a slow number, oozing with classic soul lyricism and crooning vocals. The band adds some extra instrumentation to lightly flavor the track with a lilting and somber aura. "Garbage" is a wholly different beast altogether. Starting with a sound collage of clinking glasses and rustling trash, the track develops a rising, energetic swing. "You belong in the garbage / You belong in the trash / You belong in the garbage / You deserve to get bashed" shouts Shogun, dropping his raspy croon in favor of a forceful, foaming bark. The song is a vicious slice of aggression against the subject of the track and the instrumental build capitalizes on the intensifying barrage of the lyrics.


Final track "Electric Shock," a simple and straightforward track, is the shortest song here, bringing the album to an inauspicious close. The song is perfectly fine, but after the ambitious "Garbage," one can't help but feel slightly let down. If the band actually is breaking up, then it's a shame that they leave with little fanfare. The album never burns out or explodes to pieces, it just ends as simply as it started.


Though it's hard not to see this album as an uncomfortable swan song, it would be even more difficult not to tap your feet and nod your head to these songs. High may not be the grand statement of a band going out with a bang, but it is a glaring reminder that the group will be missed if they truly call it a day.

Donovan Wolfington: How To Treat The Ones You Love