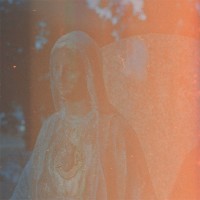 Scary Stories You Tell In The Dark was Donovan Wolfington's 2014 follow-up to Stop Breathing and it proved a pretty progressive step in the band's evolution. This sophomore effort is the NOLA unit's attempt to bookend a tough couple of years recently, dealing with death, lineup shifts and so on. How To Treat The Ones You Love manages to successfully accomplish this, building on coming-of-age stories, the transition to adulthood and moving beyond. It establishes itself in terms of stepping out and claiming your place in the world and ends up as one of their best narratives to date which should continue to push them forward.

Quite a few songs stick to their warm, indie-approach, with tinges of The Sidekicks and shades of other bands like Sundials, popping up on tracks such as "Mercurus" - breezy, optimistic and warm. If it's one thing you're always sure to get from DW, it's diversity in their sound with "Hxc Punk" pretty much self-explanatory. They dive into their hardcore-punk roots and really don't hold back. It's loud, in-your-face and a shocking detour for those who aren't familiar with how they like to mix things up. And it's curveballs like these which really give them that extra edge, as seen on the cryptic Self Defense Family-esque "Locust". Rarely a dull moment.

Lyric-wise, the record feels like their most expansive and I'd chalk that up to the experiences endured over the past few years. They've clearly learnt a lot about the rough roads of life. That doesn't sway them off-track thankfully as they wander back to ground we all know on the indie-punk "Rhonda" which comes off like a moment of clarity but which also represents a recess of sorts from the trials and tribulations of the universe. It's a bit of an intermission given how emotional and heavy a lot of the tracks are, in terms of how they're written. Dense and deep, to say the least. As the album closes off, there's a lot more fuzz and distortion abound, with "Sadhead" acting as a grungy finale that'd throw you back most to last year's EP. But what it also does is remind you that Donovan Wolfington are a band prepared to overcome any and all adversity. Some tracks don't hit home as much but overall, How To Treat The Ones You Love is packed with all the right messages. It quickly moves from anxious and constrained to one of freedom. In short, it delivers.