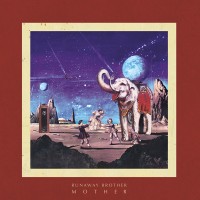 Runaway Brother pack a punch. The kind of punch that leaves you knocked out and most likely hard enough to wonder if your organs are still properly intact. The bandâ€™s debut album, Mother is both genre bending and mindblowing, no exaggeration. With progressive and unique pop-rock in the veins of Say Anything, The Front Bottoms and Weatherbox, Runaway Brother are just about ready to dominate the emo world with their infectious tunes.

Mother is a refreshing and transformative album amongst the piles and piles of bands trying to shape and perfect their sound. Runaway Brother's sound is embedded with infectious melodies and intricately progressive song structure. Not only has the band perfected their own unique sound, theyâ€™ve taken it one step further with songs chock full of varying melodies. The bandâ€™s unpredicatability is quite catching when the songâ€™s structures are broken down.

Perhaps the best thing about the record is the band's polished dynamic. Thrilling rhythm and lead guitars work with and against each other to create a sound that is well balanced, surprising, and incredibly infectious. "Catch" is just an example of one of many progressive tracks that is both heavy hitting and melodic. The entire record carries this format which allows it to flow appropriately without any moot points. Many songs donâ€™t even end in the same fashion they begin, the songs truly unfold into their own.

The Lyrics on Runaway Brother's debut are extremely descriptive and unique. Songs like "Harvest," "False Halo," and "Catch" have careful metaphors and unique perspective that layers the songs with the complex music accompanying it. The band's unique songwriting is what makes them a strong contender as an up and coming band.

"Youniverse" is the album's 7-minute closing epic. Concluding the record in the same fashion that it started, the band squeezes intricate parts together for the perfect rounded out closing. The song is extremely invigorating and ends the debut on the highest of notes. Even the shredding Queen-esque guitar solo blends extremely well with the progression of the song. Each part of the song blends together so well with attention to detail that is riveting through and through. â€œYouniverseâ€ is one of the many pleasures of Mother. A rad ending to a rad album.

Runaway Brother is a refreshing blend of pop punk melodies and dangerously intuitive emo songwriting. The band's debut conveys the definitive sound of the band and will most certainly find its way onto fan's 2015's top ten list. Runaway Brother is a catchy and ambitious emo rock band destined to earn a spot as a staple in the scene. Don't sleep on this band. Seriously, you've been warned.

The Front Bottoms: Back On Top