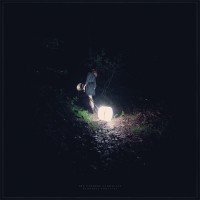 The Saddest Landscape have always been a bit obscure in terms of recognition, falling in line with bands like We Were Skeletons, Departures and State Faults, when it comes to those who did the screamo/post-hardcore gig but really deserved a lot more credit. While Touche Amore and to some extent, Pianos Become The Teeth, garnered acclaim off the back of The Wave, these bands kept at it and created a niche for themselves. "Desperate Vespers" was the record off 2012's After The Lights which got me into TSL and I've never looked back since. They pump out a lot of volume in terms of splits and tracing back to three years ago, I see why. They were searching for a certain moment, which just happens to be now.Â Darkness Forgives feels like a culmination of events and personal stories, like that cathartic scream of relief after being trapped in a cave without light for so long. It's by far one of their most aggressive, loudest, more-hardcore-than-post pieces of work ever but amid this fury, TSL definitely are emerging into the light a more hopeful and optimistic band than ever before.

The fury of Darkness Forgives ties in so smartly to the contrast of the lyrics, which as usual are poetic, inspirational and cerebral. Diary-like. They continue to jam out with a more shouted-than-spoken style, overlaid to many more melodic moments than what they offered in records past. There are quite a few instances for folks who feel connected to Single Mothers and Self Defense Family to feel a kindred spirit as TSL bring out their most dynamic features. "'Til Our Ears Bleed" is just that - an influx of technical collisions. While you'd expect some disjoint, some incoherence...it just falls into place so smoothly. It's a major part of why they make their sound so dissonant yet so telling. This is the perfect canvas for their screamo effect and more so, their more vulnerable, devastating and emotionally exposed nature.Â

Cut to "Trimmed and Burning" which adds another relatively unheard of layer in lovely post-rock guitars, spliced into a distorted buzz, amplifying how much the older days clung to hurt as opposed to now where TSL have broken free and are moving on. "Admitting You're Alive" emphasizes this as it closes off the record. Â It reminds me of how PBTT created that sonic shift as Kyle Durfey found peace in his lyrics - letting go of death and basking in the sunlight with life at present. TSL adopts the same approach here, not style-wise, but songwriting-wise. Much more content. And amid the rage of the instruments, very much at peace. Some tracks feel like filler and honestly, this could have been much more tighter as an EP but still, it's what I've been waiting for since 2012. It's post-hardcore and screamo done right. Improvements? Of course, but overall...it hits the mark!