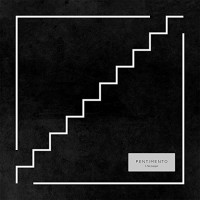 The words mature and revival are thrown around a lot when a bandâ€™s sound is generated in a newly developed way. While maturity is certainly a word to be thrown around when listening to I, No Longer, there are other aspects and words to describe Pentimentoâ€™s anticipated sophomore release. The band still packs their usual riffs and signature sound, but theyâ€™ve molded it to be more concrete and consistent within the albums melodically atmospheric flow. The bandâ€™s sound is a lot more rounded out as opposed to the edgier sound of Pentimentoâ€™s previous releases.

I, No Longer enters a more melodic, atmospheric sound for Pentimento thatâ€™s reminiscent of late '90s and early 2000s pop punk/rock bands like Jimmy Eat World, Braid, and Armor For Sleep. The album marks two years of progress for Pentimento since the release of their last EP, Inside The Sea and almost three and a half years since their self titled debut album. While Inside The Sea bridged the gap between the two records, , No Longer completes and establishes that gap. Each song is catchy and heartfelt with some of the bandâ€™s most meaningful lyrics to date.

â€œClever Reasonâ€ offers a softer melody of the albumâ€™s sound. The band is no longer relying on catchy isolated lyrics, but rather catchy songs in general; songs that infectiously build in your head and get stuck in it like clutter. â€œGot My Answerâ€ follows this pattern with a little earlier 2000s emo sounding. With a modern take on this older sound, Pentimento has perfected it by rounding out their influences and passionately implementing their originality, something that bleeds through the entire record.

Pentimento has reinvented themselves while not necessarily changing their formula. The songs like â€œTiger Eyeâ€ and â€œNo Matter Whatâ€ have an edgier sound that was evident of the bandâ€™s self titled, but the album also has more melody in itâ€™s riffs and somber lyrics in songs like â€œMy Solution Is In The Lakeâ€ and the closer, â€œTell Meâ€ where the band ends the album on a cloudlike state of softness that rears it to competition.

Itâ€™s safe to say that I, No Longer will be Pentimentoâ€™s Futures. One thing is for sure; the band has spilled a ton of their energy into well spent time creating a record pushing the barrier of their sound. The record speaks for itself as the band progresses through loud melodic pop rock songs that are often very diverse. I, No Longer is the polished sound Pentimento was looking for, and they found it.

California X: Nights In The Dark