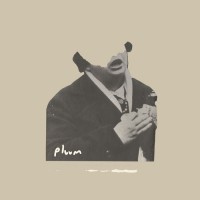 From time to time listening new bands I get the ones that seem to hit my attention right off the bat and Pluum seems to be a good contender for me at the current moment.

This Montreal-based group (featuring members of Hopeless Youth and No Bones) meshes some great elements of Punk with some ambient grunge-gaze and topping it all off with a little bit of hardcore with the vocals. They seem to take what is great about all these genres and putting their own spin on it which is something that is to be admired when bands to it properly without sounding too much like their influences.

Independently releasing their self-titled debut E.P they don't waste any time in taking you to another world. The guitar tones on "You're Waving at Me" seemingly speak in volumes with the Reverb and Chorus effects that mimic something you'd hear from a New Order/Joy Division record but in an obviously more modern sense, kind of like a modern post-punk take on it but not at the same time. Vocals seem to be a little off-putting at the start but they do grow on you further into the song and the rest of the tracks.

'"Monday" and "Being Busy" have a similar vibe to "You're Waving at Me", intricate songwriting with the vocals mixing quite well with the rest of the band when you do eventually get used to them. Normally with this kind of instrumentation I would expect to hear some lighter singing but the vocalist does a fine performance with the band that it's almost like an acquired taste for this kind of music.Â

It's that type of feel that I'd imagine watching them play live and just taking it easy and watching the show - pound back a beer and enjoy the music. Seems kind of not what you'd expect at a punk rock show but ironically as heavy as "Being Busy" is I'd still expect myself to just mellow out to it if I were to watch them on tour.

Definitely looking forward to a full-length release in the future by these guys and the subsequent tour for it - possibly a signing as well maybe?

Â A solid effort by some talented veterans of the Montreal Punk Scene who know their stuff.