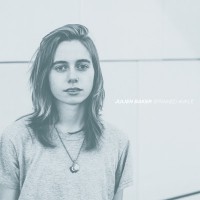 6131 Records has been home to many punk bands. Joyce Manor, TouchÃ© AmorÃ© and Rotting Out have all called the label home. However, its most recent output is Sprained Ankle, a beautifully simple debut from a twenty-year-old singer-songwriter.

The pairing of 6131 and Julien Baker is not surprising though. While her music may deviate from the label norm, it is clear Baker and many of 6131â€™s other bands grew up on the same emotionally charged rock. Emo is â€œcoolâ€ again but it would be unfair to classify this as an emo record. â€œI wish I could write songs about anything other than deathâ€ or â€œthereâ€™s more whiskey than blood in my veinsâ€ resonates in any genre.

For Baker, solo really means solo. Her presence doesnâ€™t need any sort of heavy production with her voice and plucked acoustic guitar doing most of the work. "Raw" is an overused word that applies nonetheless. Her ability to vomit honesty at such a controlled pace leaves the listener feeling as though maybe this wasnâ€™t meant for them to hear.

Those personal experiences pull from Bakerâ€™s past. From a car accident (â€œBlacktopâ€) to drug usage (â€œGood Newsâ€), the young songwriter does not hold back. When she echoes â€œnothingâ€ near the end of â€œSomething,â€ your heart breaks with hers. â€œBlacktopâ€ is an intimate and detailed description of what must have been a horrendous car wreck in more ways than one. Yes, her car wrapped around a street lamp is painful. But begging someone to come visit during the traumatic process is a torture of its own.Â Bakerâ€™s skin is often referenced. Whether sheâ€™s peeling it back, tattooing it or piercing it, her skin is constricting and sheâ€™s constantly trying to get out of it.Â

Baker is young and her troubles weigh heavily on her. She spendsÂ Sprained AnkleÂ looking for a positive spin going forward. If she can find it, that is. A song like â€œRejoiceâ€ references her sleeping â€œon the bench in the park on [her] birthday,â€ â€œchoking smoke,â€ and â€œall of [her] hideous mistakesâ€ but still ends with a confident, repeated, â€œI rejoice.â€Â

This is a dark albumâ€”one where sadness and hope fight for the spotlight. Even at only twenty, Bakerâ€™s been through some shit. She not complaining but needs to share her stories for her own piece of mind. Sprained Ankle accomplishes this and more, earning a spot as one of the best debuts of 2015.Â

Frank Carter and The Rattlesnakes: Blossom