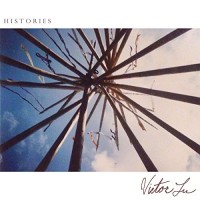 Some of the best bands are the ones you can hear their influences throughout but yet they donâ€™t allow it to overpower their own crafted sound. With so many bands emerging these days, this quality is hard to come by. Histories has the melodies of The Weakerthans, the pop drive of Motion City Soundtrack, and the gritty pop punk sounds of bands like Modern Baseball and Dikembe. Each song on their newest release, Victor Lu is pop rock infused with melodies and soft verses surrounded by multiple elements of pop punk. The outcome is a combination of greatly crafted songs with direction and depth.

Each song finds us invigorated with melodies led by vocalist Aaron Klimmek, whose voice has an earnest yet familiar sound. The album has a complex production, with big drums, fast riffs, and gang vocals at time. â€œOff Whiteâ€ is a major example of this production. The songs huge drum sounds versus melodic riffs maintain a fast tempo but overall keeps the albumâ€™s sound grounded.

Klimmekâ€™s wide range makes his vocals very ambiguous. While connections can be drawn to many predecessors he sounds like, Klimmek has a fresh, clean voice that agonizes over the soft and heavier songs. The chemistry between the rhythm and lead guitars is uncanny. Using each to carefully structure the riff meets the rhythm to complete the song.

Victor Lu has a pretty linear flow as the track listing goes on. Each song blends pretty well with each other while still standing on their own. These songs are perfect starting from the beginning or just playing one at a time when in the mood. The album does a great job of using the right moments to present certain songs. â€œSlow To Supposeâ€ is a much lighter, longer track that is accompanied by dual guitars. The song comes right when the listener can use a break from the faster songs.

Overall, Histories has a great array of songs that fit perfectly onto Victor Lu. With resemblances to classic emo and current pop punk, Histories will definitely find their place in music. Fans of Modern Baseball and the like will find this band extremely intriguing with their lyrics and similarity in genre. Just check out â€œCicadaâ€ where Klimmek sings, â€œholding onto the skins of cicadas forever just in case.â€