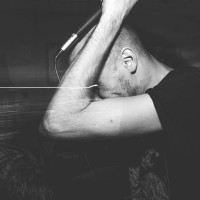 On their latest release, a 7-inch single titled Both//Neither, Cutters make some big artist leaps. While their previous release, We Are The Quarry, found them playing fairly run of the mill orgcore, they've grown their sound with this single and it does wonders. The first song on this three-song single is "List of People Buried at Arlington National Cemetery," and is more reminiscent of Lonesome Crowded West-era Modest Mouse than anything else in their catalog. Lead vocalist Pierce Lightning keeps the powerful delivery found on previous releases but adds just enough jangle and warble to give their vocals a marked distinction from many in their peer group. The band continues with this sound throughout the release. The changes in volume, pace and vocal delivery create not only a sound more easily connected with, but a more powerful one as well.


The lyrics, which deal with Lightning's gender identity and substance abuse issues, are truly fitting of the band's self described genre of â€œsurvival punk.â€ Even when the lyrics miss the mark, which is rare as they prove to be both honest and memorable, you get the sense that Lightning has experienced every word they are singing throughout these songs. To quote legendary jazz saxophonist Charlie Parker, â€œIf you don't live it, it won't come out of your horn.â€ One only need take a listen to the other two tracks on this release, "Wicked and Divine" and "Fade to Black." to know these are words of experience and a proclamation of not only life, but survival.


There aren't many negatives to be found on this album, while certainly not breaking down new walls stylistically everything about this release is done well. The lyrics are on point, the vocals are strong and show substantial growth over previous releases, and the band is both powerful and tight musically. This combined with the stylistic growth from previous efforts, eludes to the fact their next album may be the one that pushes them over the threshold of bands just under the punk communities radar, to one that not gets them recognition across the punk community.