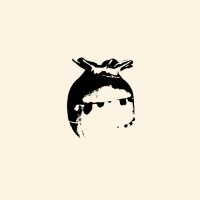 Oaf release a loaf of Goethe. I could leave the review at that, but I feel like I should explain further. And that sentence only rhymes if you pronounce "Goethe" a certain way. Anyway, I bring up Goethe because Oaf's lyrics shadow the interest's of the author, with plenty of syllables devoted to thoughts of hopelessness and madness. Their music, however, leans much closer to the brutality of the latter. Oaf find themselves close to the sound of Amebix circa No Sanctuary or No Discharge during their sludgier moments.

Oaf doesn't waste time with navel gazing, opting instead to take a bee line to the jugular. "Clean the Slate" has a throwback brutality that is all too absent in the current hardcore landscape. "Consume," which is just as aggressive, but also oddly catchy, makes ample use of feedback and a particularly bowel rattling bass line. The guitars are drenched in fuzz and the vocals cut like razorblades against the throat. They're able to remain consistent in their energy right through to the closer of the EP, the head bobbing "Jewel of Africa." Oaf's name may imply clumsiness, but the band are anything but.

The Raging Nathans: Losing It