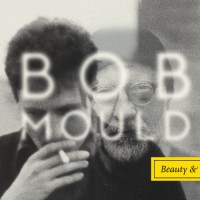 After releasing his last album, Silver Age, Bob Mould's father passed away. And while he has made no secret of the fact they were estranged from one another, he has indicated in several interviews this played a large role in the composition of his latest album, Beauty and Ruin. Given the topics the album would be touching on, along with the title. I've given more than a passing thought to the idea the title might be referencing the Lou Reed album Magic and Loss which was written with much the same subject matter hanging over Lou Reed's head during its composition. While that reference has neither been confirmed or denied, it is suffice to say this is the most emotionally involved Mould has seemed in his music since mid-era Husker Du. That is in no way an attempt to knock his early solo work, the albums released with Sugar, or his more recent solo work . Itï¿½s simply the gravity of the topics this album touch on, come from a space that is hard to get to without being forced there by the life of someone you were at one point close to coming to an end.
The album opens with, "Low Season" featuring vast amounts of guitar feedback before fading into a mid-tempo song that definitely sets the lyrical tone for the album. While Mould's guitar work plays a prominent role throughout the track. You quickly come to understand that continued references to the "frozen ground" have as much to do with the passing and burial of his father as they do with winter one being a literal death, while the other is a common symbolic representation of death.
The next track, "Little Glass Pill," sounds like it could have been a classic-era Husker Du track were it not for the fact Husker Du's best work on SST often suffered from muddy production work. The guitar work is fast, punchy, and backed up by some killer drumming compliments of Superchunk's Jon Wurster. This was also the track that brought some energy into the mix after a great but less than hooky opening track.
"I Don't Know You Anymore" is a killer song, with a lyric that will hit anyone who has lost someone unexpectedly like a ton of bricks. When Mould sings "I've no idea how to start solving puzzles from before, maybe in time this confusion will fade, you know exactly what he is singing about. Those people you care about, but also have unresolved issues with who leave your life before you can reach a resolution with them maybe they move, maybe they don't have room for you in their lives anymore, or maybe they are no longer living. Whatever the reason, the emotion it causes comes through on this tack.
Just past the mid-point of the album we find Mould looking at his own age and where it makes him fit in the community he is a part of, as well as the world as a whole. "Hey, Mr. Grey" finds Mould doing this through both serious and humorous notes. There is also a send up to The Replacements, who the Huskers had a friendly rivalry with, with the repeated line of "kids don't follow" in the first verse.
The next track, "Tomorrow Morning" may be the most genuinely positive song on the album, which is an important part of the process of dealing with any loss in your life. Grieving is certainly an important thing to do, however coming out the other side is an even more important, and rewarding, experience. When Mould sings, Tomorrow morning I'll be rising, I'm actually waiting for sun to shine. Goodbye yesterday, need to find a better way, he makes the experience relatable to anyone whether they've had it themselves or not.
The closing track, "Fix It" would border on being preachy were it not the closing track on an album of this nature. While Mould is certainly still making some of the rock music as good as anyone that came up in the 80's hardcore scene with him, it's safe to say he is not the same person that penned "Whatever" on Husker Du's 1984 album Zen Arcade. And it almost sounds like he's speaking to that younger version of himself in this song especially in the chorus when he sings, Fix it Fix it Fill it up time to fill your heart with love. Some people might call this unnecessarily optimistic, but having gone through a loss similar to Mould's in the past year, though it was not familial, I can say that when you come out the other side that's what you want to do or at least what I wanted to do.
This is a great album, easily one of the better releases I've heard so far this year. That being said, if you're looking for this to sound like mid-eighties Husker Du or Copper Blue era Sugar you won't find it here. What you will find is one of the best guitarists, save for D. Boon, to come out of the 80's hardcore scene who has mastered the art of songwriting on his terms. This whole album is emotional, filled with great guitar work, a great rhythm section, and at the end of the day that makes this a great album. It might not stat 100 garage bands like Zen Arcade did. But, it doesn't need to, Bob Mould already did that.