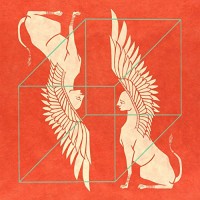 One of the biggest draws about Saintseneca is their knack for attractive storytelling. Whether it's personal, intimate real-world tales or something more abstract and esoteric, they really make a mark with their indie-folk style of play. In a time where twinkly, riff-laden indie-pop seems more commercialised than ever (see Kodaline, Fun, The Lumineers etc), Saintseneca manage to show how folk-rock's done right, focusing more on the artistry than pageantry. Following Dark Arc, they manage to accomplish something even bigger with Such Things unfolding as one of their most exploratory and musically diverse offers to date. Profound and then some.

It's another emotionally heavy and musically intricate record. From the stripped-bare comforting finger-pickers to the soft hum of organs to the embracing keys, there are a lot of melodies to ingest. Zac Little's nasal voice and Maryn Jones' angelic vocals mix together so well and definitely prove a telling delight if you're say, a fan of The Front Bottoms and Bright Eyes. The title-track, "Sleeper Hold" and "///" are great examples of them doing what they do best, setting the tone for where they shake things up a bit. This is found with "Estuary" which feels lush and carefree under its cutting guitars as well as tracks like "Soft Edges" which has that woozy feel akin to an acoustic Kite Party. Think they're done fiddling around there? Wrong.

"Bad Ideas" prides itself on its bass-heavy shoegaze presence (a la Ceremony) while "Necker Cube" really takes things to the next level (as it seems to run on a sitar which feels like Bollywood meets meWithoutyou). Fuckin' great stuff. Even when they inflict some mathy influences ("Lazarus") or a bit of Blur ("Maya 31"), everything comes off so organic -- it's as if anything they try, sticks. Saintseneca have channeled their sound well with a conventional pop motif as the mechanism of delivery, accessible and immersive, and if it's one thing I can say, Such Things is a record that you won't mind being absorbed in for months to come.Â

The Briggs: The Briggs [7-inch]

This Legend: In the Streets