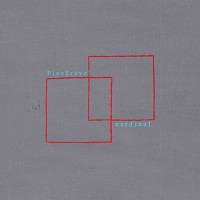 Pinegrove's ambition continues to grow. After extensive touring and a few EPs, the New Jersey band shows just this on their debut LP. Cardinal finds itself perched as a remarkable blend of country and folk rock with bits of indie and pop strewn in here and there, and it's pretty captivating. A bit of it feels familiar if you were a fan of them over the years but nonetheless, it's, as expected, full of energy and passion.

These are reiterated on the opener "Old Friends" and closer "New Friends" which don't have that stark a contrast but feel like such a dynamic story. The banjo-effect, the impressive acoustic/finger-picking style of play and quite a few elements come together to bookend yet another angsty drawl from a band I'm shocked hasn't gone mainstream. These songs really collapse on you with how emotional they are. Same can be said for the trickling, twangy slow-burn of "Cadmium" and "Waveform" -- meant for sipping on a Sunday scotch as the sun sets. The lyrics are deep and very introspective, reflecting a lot of the pain in life but also pointing to the successes we often take for granted. If you're a fan of Saintseneca, this is for you. If you're a fan of leads like Andy Hull (Manchester Orchestra), Brian Fallon, Frank Turner, Nathan Hussey (All Get Out), Will Oldham and Dough Bartsch (Built To Spill), this is for you. Could have been longer but Pinegrove paint a vivid story through Evan Hall's words and delivery.Â

Cardinal feels cinematic, colourful and is a great fine-tuning of the promise shown on past EPs. It's eight songs jammed with nostalgia, confessions and brutal honesty done in a singalong fashion that feels like you're breaking down and rebuilding again. It evokes so many moods over so many central themes but what sticks is how Pinegrove treats memories, longing and the contemplative aspects in life. A heavy listen, but one that's worth it.