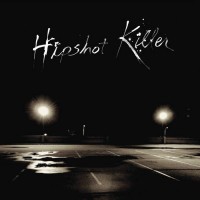 If, like me, you enjoy the melodic punk rock of bands like Stiff Little Fingers, Naked Raygun and Dag Nasty then there is no reason why Hipshot Killerâ€™s sophomore album should not appeal to you. Across the eleven tracks I hear hints of all those bands, plus others of the same ilk, who seem to have had an influence on this trio from Kansas City. The bandâ€™s self-titled debut was a strong record but They Will Try To Kill Us All is already feeling like a classic to me with excellent song writing, great musicianship, dynamic production and more hooks than youâ€™ll find on the opening day of the fishing season contained within its grooves.

The album starts with a high as the intro to â€œAnthemâ€ builds up my anticipation levels before bursting into a song with lives up to its name, delivering an ebullient three minutes of punk rock. After that the worry might be that the band has put all of its eggs in one basket but such a barnstorming opener but within seconds of â€œGimme Something Betterâ€ springing into life such a notion is quickly dispelled as another catchy song begins to take root in my head, with the intention of sticking round for quite some time.

The formidable beginning doesnâ€™t wane for one moment despite the occasional change to the kind of songs on offer. Three of the tracks stick out from the straightforward melodic punk which the band clearly excels a: â€œOne Good Nightâ€ has a rock/pop quality to it and highlights that guitarist/vocalist/songwriter Mike Alexander is far from a one trick pony. Side 2 opens with â€œShe Only Loves The Broken Onesâ€ which could easily fit into a Green Day rock opera as it displays a softer and quieter side to the band (before effortlessly transitioning into the excellent â€œCelebrate Your Wasteâ€, a track with an imprint of Husker Du on it). The record finishes with the tumultuous and epic seven and a half minutes of â€œThe Prizeâ€, which provides the perfect track to bring the curtain down on a wonderful experience. If this were a live performance then an encore would be called for but as it stands itâ€™s a case of flipping the vinyl over and starting the whole process again, or if on the move just hitting play again on your mp3 player.

Alexanderâ€™s guitar work adds flourishes within songs which remind me of both Jake Burns and Brian Baker at times, whilst the rhythm section maintains a flexible backbone to all going on around it. The production provides a clear and punchy sound that is invigorating and definitely ticks all of the boxes I have for any melodic punk band. Itâ€™s rare to come across an album which doesnâ€™t have a weak point but They Will Try To Kill Us All represents such a rarity. Although itâ€™s early in the year I am tipping this to be one of my favorite records of the year as well as one which if likely to spend an awful lot of time on my turntable for many years to come. Do yourself a favour and check this beauty out.

The Supermen: Back with a Gang Bang