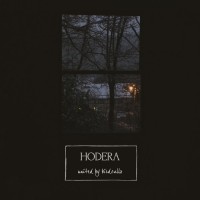 For any person wanting an introduction into the sub-genre that is pop punk, may I introduce you to Hodera. Hailing from the state of New Jersey their self released debut is United by Birdcalls. Frontman Matthew Smith and company are making a name for themselves with their extremely raw and personal lyrics they write as well as their intricate guitar play.

The album opener â€œBreath Easyâ€ may be the catchiest song on the whole album, as it opens with some fancy guitar play. Smithâ€™s voice is really highlighted straight from the start as he asks â€œCan you Breath?â€ The follow up track â€œFeel Betterâ€ is one of several songs that deals with living with the past â€œThereâ€™s a chest thatâ€™s in a closet in my parentâ€™s basement/ Full of nostalgic shit throughout the years that Iâ€™ve collected. â€œ

The first half of the album is very up tempo and catchy right off the bat, this includes "Youâ€™ll Get Through This", which admittedly is somewhat of a clichÃ©, and though the message is simple and easy to figure out the sincerity and personal touch Smith puts on the track makes it worth the listen.

The second half of the album slows down (with the exception of Let it Go and First Ones at the Party sandwiched between everything), but the record becomes somewhat undistinguished. Usual thoughts of high school romance, loneliness, and nostalgia are all touched on, albeit with Smithâ€™s own personal twist. However, two tracks on the back end that stick out are Dear Forefather and I Remember Everything. The first track Dear Forefather is a conversation between Smith, his mother and his â€œforefathersâ€ as he expresses his need for something new â€œAnd she said â€œson you can run away, but it will catch up to you.â€/ I said â€œmom Iâ€™m not running. I just need to start over new.â€ The album wraps up with the most powerful track titled I Remember Everything, a 6 minute roller coaster. The first 3 minutes are the epitome of rock, as Smithâ€™s vocals highlight the very heavy content of the song â€œI still have the voice mails he left last July/ But I canâ€™t call him back or bring him back to life/ I remember everythingâ€. The song pauses and ends in a much more relaxed acoustic manner as Smith searches for the key of G

United by Birdcalls has a little bit of everything, the classic alternative rock sounds we love, the catchy pop punk lyrics and guitar that are so memorable, and some exceptionally personal acoustic songs. Although some of the themes that appear on Birdcalls seem somewhat clichÃ©d, there is a bit more to these themes as they appear very genuine. If Birdcalls is any indication of what to expect from Hodera in the future, it will be a real pleasure to watch this band grow and listen to the material they continue to put out there.