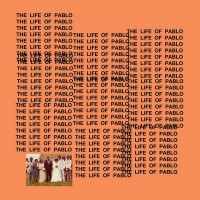 Maybe Kanye West is this generationâ€™s Pablo Picasso. All the signs are there: both artists express themselves in creatively fresh ways. Both challenge what is acceptable and beautiful within their medium. Plus, both are assholes.

The Life of Pablo demands to be looked at like a modern art piece, partially because of Kanyeâ€™s roll out plan. Mostly, though, it earns the right because of Kanyeâ€™s previous output. His first few albums inspired a generation of backpack-wearing emotional rappers. My Beautiful Dark Twisted Fantasy made it okay to publically be a dick if your craft was good enough, a persona that he has kept. Yeezus was a clusterfuck of industrial sounds that still counted as pop music. Now we have The Life of Pablo to pick apart and criticize for years to come.

On the eighteen-track album, Kanye maintains his impeccable taste for sampling. â€œFamousâ€ uses Sister Nancyâ€™s â€œBam Bamâ€ to full effect, and the entire track â€œLowlights" gives Kings of Tomorrowâ€™s â€œSo Alive (Acapella)â€ a full two minutes early on. Again, Kanye acts as the master of ceremonies mashing oldies with shiny new talent. Since MBDTF, Kanye has made a point to collaborate. And with each album, the list gets longer. This time around he incorporates Chance the Rapper, Rihanna, The Weeknd, and Kid Cudi, to name a small few. And thatâ€™s not including the writing credits or samples. More than once he allows a younger star a spotlight-stealing moment. Chanceâ€™s verse on opening track â€œ Ultralight Beamâ€ is the albumâ€™s best and Chris Brownâ€™s catchy hook on â€œWavesâ€ takes up more retail space than Kanye himself. This is his gospel album, primarily the ten songs he premiered at his ridiculously grandiose Madison Square Garden fashion show. The latter eight mash up bonus tracks (â€œ30â€), songs cut from the album when it was called Waves (â€œNo More Parties in LAâ€), and odd dance heavy numbers (â€œFadeâ€). That doesnâ€™t make them worse. They just donâ€™t find the same stride.

Kanye is a self-described douche bag, asshole, scumbag, jerkoff. Heâ€™s a pop culture villain and he lives up to the character. On â€œFeedbackâ€ the most Yeezus-like song on the album, he yells â€œIâ€™ve been outta my mind for a long timeâ€ leading into â€œName one genius that ainâ€™t crazy!â€ And heâ€™s probably right. Few of the â€œgeniusesâ€ he compares himself to were known for their gentle hearts. But they didnâ€™t have Twitter accounts either and his Bill Cosby tweet didnâ€™t do him any favors. Some would say the already infamous Taylor Swift line didnâ€™t either. And while theyâ€™re hard to defend, the lyrics got so much press Kanye indirectly interrupted another Swift award speech. Itâ€™s negative press, yes. But with the exception of album reviews, itâ€™s hard to recall good Kanye press.

A lot of The Life of Pablo depends on if youâ€™ve already drunk the Yeezy cool aid. (Pitchfork certainly has, giving the album a 9.0 a mere two days after its release.) While it is a stiff drink (especially â€œI Love Kanyeâ€), there is so much personality in the albumâ€”a singular vision composed by a thousand contributors. The Life of Pablo isnâ€™t a perfect album nor is it his best. It is actually the first one in sometime that doesnâ€™t represent an artistic shift for him. But it is interesting. It is unique. Too often genre albums play to their comfort zones. But this is a Kanye West album. While it may not be relatable, it is a rewarding journey. It is as imperfect and pretentious and self-involved as an album can be. But it is one that will inevitably be heard by so many people. And after sifting through all of the bullshit, Kanye West makes damn good music. Pardon me. Art.