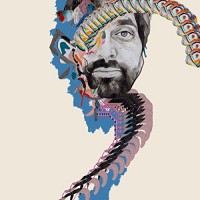 In 2009, Animal Collective was one of the hottest, hippest bands in the country. After receiving rave reviews for the excellent Merriweather Post Pavilion, it seemed Noah Lennox (Panda Bear), David Portner (Avey Tare) and Brian Weitz (Geologist) could do no wrong. A great underground band finally getting its big break with a perfect blend of weirdo pop art. They seemed destined to achieve big things. Then 2012â€™s Centipede Hz added reoccurring fourth member Deakin and stripped the band of any pop goodness. It was as though the band felt they had sold out and reverted to their most difficult tendencies. In that, they succeeded; the album was a real slog.

On the opposite end of the spectrum, Painting With represents the most outright pop album of their career. Theyâ€™ve claimed it their Ramones album, not in sound but in brevity. (Warning: Painting With sounds nothing like a Ramones album.) Usually known for drawn out musical codas, Animal Collective now opts for more precise pop numbers. Itâ€™s more like their Beach Boys album, a result of recording in sunny Southern California at the legendry EastWest Studios (home to the Pet Sounds sessions) and returning to a trio.

For a band that no doubt takes itself very seriously, itâ€™s wonderful to hear a musical detour that isnâ€™t solely a delicate art rock project (although just as intricate.) Lead single â€œFloriDadaâ€ is as stupid and funny and enjoyable as its name suggests. And sampled clips from â€œWipeoutâ€ and Golden Girls are used to reiterate the lightened tone. Thereâ€™s still plenty of mixing and looping, but it is more playful, like childhood instruments used in Williamsburg, Brooklyn. The songs are much faster than Centipede and poppier than Merriweather. Theyâ€™re all over the place and complex yet freer. No other band manipulates synthesizers this way. The album can be absolutely dizzying but never gets dull.

Most notably, Painting With allows Lennox and Portnerâ€™s voices a front seat. Whether being placed on top of each other, harmonizing, or ping ponging back and forth, the vocals are relentless. While the lyrics may be lighter content-wise, there are a lot more of them. Cramming, switching, and changing syllables mid-word is common practice. Happy is not the right word, because they undoubtedly get into some heavy ideas. But with so many sugary layers, the meanings can be hard to decipher. The best songsâ€”â€œThe Burglarsâ€ and â€œBagels in Kievâ€â€”may not be as heady as anything on Merriweather or Strawberry Jam, but the melodies are insanely catchy. The same can be said for â€œHocus Pocusâ€ sans the intro. â€œGolden Galâ€ ditches some of the glitchier aspects for a more straightforward approach, another interesting change in a record full of them.

Painting With will not compare to Animal Collectiveâ€™s most lauded work but these guys are forever experimentalists. This batch of songs is quicker and sunnier, something older fans are sure to despise. But what a great change of pace it is. For anyone yearning for the early days, there are solo careers that will satiate that itch. But on their tenth album, Animal Collective makes it clear they donâ€™t care about expectations.