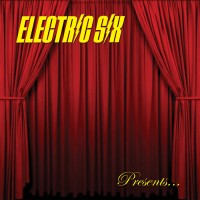 Electric Six is a strange beast. The six-piece fronted by Dick Valentine has always been unafraid to mix genres and inject a little absurdity into their music. But with this, their 11th studio album (and 2nd release in 2015 alone), the band is finally starting to show some signs of sonic and lyrical growth. The question is, is the experimentation on Bitch, Don't Let Me Die as successful?

From the very first song on the record, "Drone Strikes," it is obvious that this record is more politicized than the band's past output. That specific theme, however, gives way to the true point of the record: begrudgingly accepting maturity. Going into the band's twentieth year in existence, Electric Six has crafted a record about suddenly finding themselves on the wrong side of 40 and being forced to embrace it. The initial three tracks of the album play like their own sort of EP about figuring out what's going on in the world, realizing that they must still play the wage game and, in the infuriatingly-catchy Kids Are Evil, coming to the understanding that, frightening as it is, they've come to relate more to their parents than the teenagers of today.

The problem is that the lyrical depth of the first half of the album gives way to some much-less-successful sonic deviation in the latter half. Electric Six has never been afraid to experiment with genre and sound, but attempts at pseudo-rap-rock ("Electric Six"), synthesizer odysseys ("Slow Motion Man"), and power ballads ("Big Red Arthur"), serve only to elongate the album unnecessarily.

Any band entering their 20th year and showing a willingness to grow and change deserves some applause. Unfortunately for Electric Six, that evolution needs some more fine-tuning. As a result, Bitch, Don't Let Me Die is a mixed bag where the past struggles with the present and the unsuccessful experimentation almost erases the goodwill generated by the good stuff.Â

Starkweather: Crossbearer / Into the Wire [Reissue]