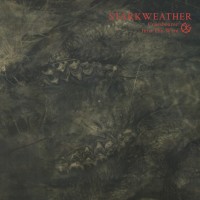 Translation Loss Records has taken it upon themselves last year to re-issue Starkweather's first two albums, Crossbearer and Into the Wire. Â They decided to completely remaster all of the tracks as well as throw in a whole bunch of bonus tracks from the eras in which the albums we recorded. Â The album is two discs, which is a requirement, since Starkweather loves to record songs in the six-to-eight minute range, so even a six song album like the original Into the WireÂ has the length of an album and feels like much more than an EP.

There is a thick, glossy booklet that includes all of the lyrics in a sometimes difficult to read red ink on grey art. Â But who cares about all of that? Â The music is what really makes this amazing. Â Unfortunately, Starkweather has yet to receive the following they deserve. Â Whether it's the tortured growls or haunting singing, the macabre and dark lyrics, the pummeling drums, the melodic/heavy/chugging guitar, or the bass contributing to the lows while complimenting the guitar, this band has it all. Â For music this epic, you would expect them to be a lot more than a four-piece, but Starkweather manages to handle all of this with just one person on guitar and one on bass. Â

Â Most people discuss Starkweather in terms of being somewhere between hardcore and metal, and I agree with that to a point, but they're so much more unique and genre-defying than that. Â If you're into heavy music and you've wondered about the limitations of human vocals, this album answers that. Â I won't say that the remaster is the difference between night and day, but these tracks didn't need that - the original recordings hold up well. Â It's like putting a clear-coat after you wax your car - it's that little bit of extra zing. Â