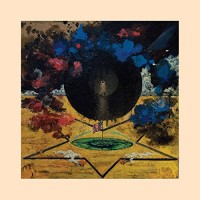 They call it experimental post-punk for a reason, right? Or at least thatâ€™s what Big Ups have created on their follow up to 2014â€™s excellent Eighteen Hours of Static. Before a Million Universes was never going to be a photocopy of that, but keeps most of its best ideas: Weird time signatures, arguably the crunchiest bass lines in punk right now, and, of course, Joe Galarragaâ€™s jaded monotonous vocals that turn into guttural screams.

And thatâ€™s exactly how the album opens: an aural Big Ups assault. Galarraga sing-talks his way through the verses only to absolutely explode in the hooks. This continues for a few songs, very much the way it did on their debut. But at a certain point, these formulaic punk parameters are no longer of interest to Big Ups. And thatâ€™s where Before a Million Universes gets difficult. A mere five songs in they want to prove theyâ€™re not just a noisy punk band, which is understandable. Theyâ€™re not. However, the back-to-back-to-back combination of â€œMeet Where We Are,â€ â€œNegative (Intro),â€ and â€œNegativeâ€ grind the album to an early halt and it never fully recovers. I can picture the band members reading any complaint of these three songs and feeling a sense of pride. Thinking, â€œthey donâ€™t get it.â€ But taking up the second quarter of the album with two lengthy intros and two short abrasive tracks makes it a challenge. Itâ€™s unfortunate, because they arenâ€™t bad songs. Still, it acts as the equivalent of your favorite band playing one of your favorite songs and then immediately going into a lengthy jam session before you can get more of your fix. Itâ€™s so intentional and purposely unnerving.

Which is too bad, because the back half has some excellent moments. â€œNational Parksâ€ is the best song on the album because itâ€™s straightforward and tells an great story. (For a band trying so hard to revolt against the norm, this may be the worst thing I could say.) â€œSo Much Youâ€ owns its slow, haunting repetition of â€œI am so much you.â€ And â€œYawpâ€ is a killer album closer that actually benefits from the longer musical aspects. When Galarraga yells about how mundane life can be, few rival his intensity. And the musicianship on this album is just stunning, even when the album gets bogged down. â€œFeathers of Yesâ€ is a highlight with its quiet palm mutes interchanging with jumpy bass. There is no doubt these guys are playing at the top of their class.

Itâ€™s easy to imagine Before a Million Universes as two very distinct EPs, one of the faster material and one of the slower. Self Defense Family has found success splitting their releases like this. But success is a far cry for Big Ups. The more challenging aspects here are the ones they revel in. The band is very aware of their capabilities, but often it feels like theyâ€™re waiting for us to bail on their inside joke. If you hold on long enough, they deliver. Before a Million Universes is made up of good songs. Certain ones, you'll want to listen to over and over. But as a full record with two centered roadblocks, it needs you to earn the experience.Â

The Lippies: Live in Grand Rapids

Into It. Over It.: Standards