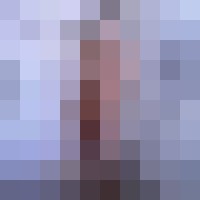 Two bands that couldnâ€™t care less about whether you think they are politically incorrect or not, The Dwarves and the Svetlanas, have joined forces to put out this awesome, two-song split EP.

The A-side features â€œYou Got Nothingâ€ by The Dwarves, which is a B-side from their last full-length The Dwarves Invented Rock & Roll. The track is in the same vein as their earlier material like what you would hear on The Dwarves Are Young And Good Looking. The song â€œPimpâ€ from that album comes to mind. This song though falls on their more melodic side of their discography rather than their hardcore side. The guitars are extremely distorted and they blast out a very fast, down-stroked chord progression. The lyrics are about stealing another guyâ€™s girlfriend, snorting all of someone elseâ€™s cocaine, and calling out the wannabees â€“ in other words its classic Dwarves. Blagâ€™s vocals are fierce and sharp through out â€œYou Got Nothing,â€ but he noticeably pushes himself when he hits the longer and higher notes at the very end.

On the B-side is the Svetlanaâ€™s new tune â€œFucking Retard.â€ This is a band that has really been on fire especially with respect to their latest album Naked Horse Rider, which was released last year. This band consistently delivers without disappointment, including this 7-inch. With this track they have infused thrashy, skate punk riffs with screamingly high metal-esque guitar fills. But the most remarkable part about it is front-woman Olga Svetlanaâ€™s harsh and near-demonic vocals. You can just feel the rage and intensity in her voice. When she yells, â€œYou are a stupid pig/An ugly piece of shitâ€ you can tell she absolutely means it and it leaves you a little rattled.

The songs on this 7-inch are gritty and dirty punk rock at itâ€™s finest. As usual The Dwarves bring their A-game with their crude lyrics and great punk composition, but the lesser-known Svetlanas continue to go above and beyond every time they release something new. Just know that this EP seems more aimed towards the big fans of either (or both) bands who enjoy and embrace their aggressively vulgar and in-your-face lyrics and riffs. To those who are easily offended, you have been warned!