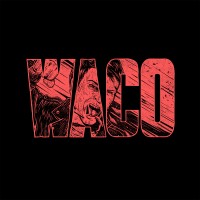 It seems that every time an even moderately acclaimed band releases a new record, that there is a general expectation of change or evolution. As if somehow the band needed to take what they did that make them so likeable the first place and either do it better or in some way differently. Its an unrealistic expectation that only really applies to art. In most things in life, maintaining the general quality level set in the first place is the goal. When I think about the new full length from Aussie Grunge darlings Violent Soho, the words â€œmaintain maintain maintainâ€ are on repeat in my head.

2014â€™s Hungry Ghost was a fantastic blend of early 90s alt rock fair with punk teeth and very clear pop back backbone. Initial reviews of 2016â€™s WACO have used the term â€œHungry Ghost Part 2â€ to describe that is a largely apt description of the record. While critics seem divided on whether that fact is a good thing or not, I personally feel there is a lot to like here.

From dead set ragers like â€œHow to Tasteâ€ and â€œViceroyâ€ to subdued, guitar driven half-ballads like â€œSo Sentimentalâ€ and â€œSlow Waveâ€, the record shifts tones and shows musical depth while still held together largely by the staccato wailing of their dueling vocalists. While inherently more of the same general feel to the tracks as previous records, there is a certain maturity present here and a fair bit of sonic experimentation into more hardcore and shoegazey territory to keep things interesting without veering too far off the path.

Not simply that â€œNirvana meets Smashing Pumpkinsâ€ band that built a name for themselves out of nostalgia has, by persistence, become a lot more than that. WACO wonâ€™t be changing any minds. It is a treat for fans of the band but probably wonâ€™t do much to earn them any new ones. Whatever you thought before, youâ€™ll probably think no differently now. Which is perfectly fine.

Primitive Weapons: The Future of Death