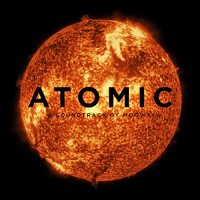 Mogwai have always produced some of the finest emotional rollercoasters in the post-rock universe. Having them take the soundtrack they did for the BBC Storyville documentary "Atomic: Living in Dread and Promise" and rework it into this album is something that captures so many things. The essence of mankind, the limits and non-limits of imagination, boundaries we refuse to be confined to, ideas tested, ideals we shun and so many other issues revolving around our characteristic, nature and evolution. These are all brought forward in this musical commentary on our progress as a species but what's even more amazing, is that as they shape moods amid the most sublime instrumentation, they still finds ways to stick to their core yet retool and repurpose their musical style that leaves this record somewhere in between abstract and pure cinema. Atomic is one of their most creative and telling endeavors to date. It's more an experience than an album...

Every subtlety, idiosyncrasy and nuance are brought out so craftily as they leave you mulling over the nuclear age. They take your mind far away from the documentary and leave you with a visual space to run wild with. The wonders of the x-ray, the impending doom and sense of dread over the likes of the Cold War and Chernobyl aren't too far behind as well when your mind dials back and starts correlating to the BBC film. They kick off with a sense of optimism. Soothing horns, twinkly piano keys and lush synth- effects on "Ether". Cinematic, indeed. Something you expect to see in Danny Boyle's "Sunshine". Suddenly, they sharply swing to the darker and more cynical synth beats on "Scram". This tosses away the shimmery vibe and deals with more jagged, dogged beats. Ones that no doubt play on your emotions and leave you with a restrained yet anxious feeling.

"Pripyat" (an abandoned town near Chernobyl), "Fat Man" and "Little Boy" follow similar soundscapes - edgier, rougher and more dystopian; setting the stage for that huge wall of sound called "Tzar". It's one of the few tracks they blaze the guitars on and really pay homage to their more conventional, aggressive work. However, the experimental routes taken on the electronica-influenced "U-235" and the comforting pianos on "Are You A Dancer?" shows how the album plays off its title. Seductive. Luring you in to something you know is powerful. Dangerous. Yet you can't help but awe at the beauty in its destructive wake.

In taking in these tracks, eyes closed, I had a vision. As only Mogwai could inspire. A little girl in a field of daisies. Playful and optimistic. Plucking and smiling. Only to be interrupted by flashes of light in the sky. And as they fall, blinding and eviscerating everything in its path; we cut to black. And in this post-apocalyptic decay, we see someone in their hazmat suit looking at bones, rock, ash and basically, a world destroyed. Yet somehow, the person sees a daisy growing in the dirt. Pulls off their mask and looks at it. It's the same girl whose tears drop onto its petal...and she takes her first real, deep breath in ages. That's what this album does. It warps your senses, paints vivid imagery into your mind and builds worlds -- ones you know and ones you can only imagine. Atomic is a powerful artistic knife to your skull and leaves an impression that's lasting, to say the least. It's an esoteric trip that says a lot, without words.