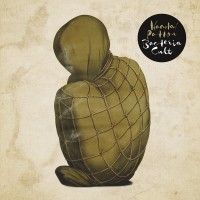 Bacteria Cult is the collaboration between Mike Patton (Faith No More, Fantomas, Mr. Bungle, a million other projects) and Norwegian composer John Kaada. Previously, the pair worked together on a live album and 2004 studio effort, but Bacteria Cult seems to be where there is atrue cohesion between the pair.

At its onset, the album is built around Kaadaâ€™s atmospheric structures. Kaada seems to be a fan of cinema, with his works taking cues from Morricone, Bernstein, and Herrmann. The tracks billow and roll on top of each other, with Kaada relishing in in composition as much as texture itself. At times he seems to focus solely on volume, or extended notes, simply to enjoy the stimuli, rather than concern himself with the â€œrules of composition.â€

When he does play with melody, such as on â€œBlack Albino,â€ there is a certain whimsy in his ominous tones. While the song is massive and majestic, as he pits tiny strings against the entire power of the orchestra, and amusingly, itâ€™s not clear which force wins the competition. See also â€œPeste Bubunica,â€ which crosses western themes with Samurai films and seem tailor made to be sampled by Wu-Tang.

Patton, ever the experimentalist, appears in his most ghostly form. Patton conjures a range of howls, calls, and growls without lyrics. At times he seems to be a wailing soul in torment and at others, the vampire ready to strike. Of course, as one of the worldâ€™s most cherished rock singer, his vocal technique is as much of the show as is the sonic aspect itself. Still, both Patton and Kaada seem to be playing a sort of game. Do these songs conjure specific images of vampires, cowboys, and samurai because we have come to associate a style with these motifs, or is it because there is something innate in these notes that causes human ears to imagine a certain scene?

As closer â€œFountain Gasolineâ€ demonstrates, all of these songs are rooted in a deep, murky, darkness. But as the organ drifts away, perhaps referencing standard tope or perhaps acting as a standard trope, there is a great deal of fun being had by all parties here. But, unlike, perhaps other works that reference classic styles, this is no send up or wry reference, but a sheer appreciation for the work of the weirdo masters of yesteryearâ€¦ as performed by the weirdo masters of today.