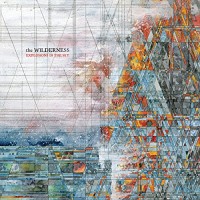 Explosions in the Sky

Explosions in the Sky's sixth album is one that surpasses everything that came before. Audacious statement but if you thought music like The Earth is Not a Cold Dead Place couldn't be topped or rivaled, then think again. The Wilderness is as dense and emotionally powerful as you could have hoped for. It honours what they did in the past but feels like a step forward into a new sunrise.

Whether you're freaking out over them on the Street Fighter 'Rise Up' promo or recalling how they soundtracked 'Friday Night Lights', by the time you're done here, it's clear they're ushering a new era. And how fucking amazing it is that this drops the same week Mogwai releases their new one. It's a post-rock fan's dream. This here's their first non-soundtrack ensemble since Take Care, Take Care, Take Care five years ago and they feel just as familiar yet profoundly fresh. With new ideas stuffed in too. The haze, the fuzz, the shoegaze, the climaxes, the crescendos...the guitars, the pianos, the thick basslines...the heartwarming melodies...they're all here. Remarkably so and remarkably resonating as you bask in the warmth of tracks like "Tangle Formations" -- which transports you, like you're scaling a mountain and watching the sun rise for the first time. Each track feels standalone as opposed to a flow into each other and that works for EitS. Few bands pull it off as well as they do but it's this kind of fracture, executed so well, that makes them who they are. "Wilderness" as an opener sits in a series of lulls with the guitars cracking like thunder and stands in stark contrast to the epic hums of "Logic Of A Dream" (orchestral in the onset before marching in like an army bent on war). The latter's rolling percussion and the haunting voices overlaying bring forth a sense of dread that throws back to Godspeed You! Black Emperor. This track ain't over though as it switches unexpectedly to a guitar medley, whose texture is so soothing. Long but worth the listen.

EitS know how to bring the dramatics to life. Even with the electronic beats. "Disintegration Anxiety" opens with chopped sounds before a picky guitar structure that math-rock fans would adore and a drum-beat reminiscent of Tucker Rule's Thursday work on A City By The Light Divided. The atmospheric "Losing the Light" is very minimal and brings out many visuals. Lost in space. Adrift and at peace in the ocean. Sitting in a dark cave. Stargazing. But it finds its way into the light through subtle piano keys and that's what most of this record feels like. Opening your eyes for the first time. Breathing for the first time. Discovering for the first time. Spirutal and releasing. There are so many themes and feelings evoked, as you'd pick up with the titles of the last few tracks as they clearly hint this is a record about nature, landscape and about the lushness of Earth. You can meditate to the amorphous and ambient sounds on tap. The effect will bring peace I'm certain but then again...if you've got a wild imagination like me, maybe not.

The Wilderness feels lonely at times. Sad. Reminds you of death. A first kiss. A lost love. Frozen lakes. Campfires. Dusk. Dawn. It's that personal. EitS continue to tug at your emotions and remind you of all the moments that make life, life. It actually emphasizes and matches up with their name quite well. This album is like you're setting fire to your soul. And there's no better feeling in the universe. Because it has you feeling awake.

Nada Surf: You Know Who You Are