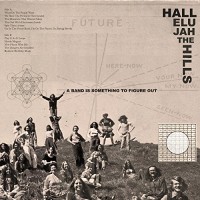 Bostonâ€™s Hallelujah the Hills really dropped one of 2014â€™s most under-the-radar records in Have You Ever Done Something Evil?Â For fans of Restorations, Pavement, Built To Spill and Titus Andronicus, they're right up your alley, crafting rock and roll for purists. Dad rock? Maybe so but it's great to see them continuing to sow seeds planted albums ago and fully explore some of life's graver themes.Â A Band Is Something to Figure Out, as the name implies, talks about internal and externalÂ challenges and while it doesn't top what came before, it's still an extensive look inside the human psyche, all set to a gorgeous soundtrack.


Ryan Walsh's vocals/lyrics make up a lot of the record's texture. It's a guitar-driven album, as expected, with deep-lying hooks and intricate melodies but I love how raw and rough he drops his words over the album's production. There's a nice dirtiness to their sound that reminds me of early-era Menzingers and The Gaslight Anthem. The middle of the album stalls a bit but what comes before is solid. "What Do the People Want" harps on a slow, cerebral build that barrels into the shouty call-and-response vibe off "We Have the Perimeter Surrounded". A bit Lucero at times. Then comes the mid-tempo flow of "The Mountain That Wanted More", "The Girl With The Electronics Inside" and theÂ slow, caustic jam of "Spin Them Atoms" which are poppy yet clouded with a dark complexity.Â

"Hassle Magnet" stands out on the album with its buzzy guitars and thick, crunchyÂ baselines (which get more prominent as the record ensues). "New Phone Who Dis" feels disjointed and jarring though in its minimal nature but you could respect the risks taken, especially as the last few tracks pick up the momentum once more. In doing so, they set the stage for "RealisticÂ Birthday Music" to driveÂ A Band Is Something to Figure Out home. It's a percussion-centric track with chanting over it; simple but effective. Catchy and rewarding for a band that seems to have it figured out despite what the title of the album says.Â Hallelujah the Hills definitely have another hit on their hands. Loses steam midway but overall, worth the ride.Â