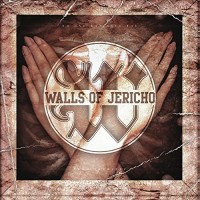 Listening to No One Can Save You From Yourself by Walls Of Jericho was an interesting ride for me. For any of you that may not be aware, Walls Of Jericho have been pushing out mosh laden, female fronted metalcore for quite a few years now â€“ since the late nineties to be more specific. I was a fan after I had heard The Bound Feed The Gagged back in 2000, I also enjoyed the follow up All Hail The Dead in 2004; they were a hyped up band at the time. They were on at least two of the Hellfest DVDâ€™s in the early 2000â€™s â€“ which served as a hardcore kids bible back then. Walls Of Jericho played fast, pissed off, heavy hardcore featuring a badass female vocalist, creating a sound mixture of Slayer style fast parts with huge floor clearing breakdowns. It was fast, heavy and had enough â€œf*cksâ€ for the entire family to be offended, what is not to love? But that was back in 2004-2005. I havenâ€™t listened to new music from Walls Of Jericho, a band I had once loved, in almost a decade; chalk it up to my musical taste changing, or my busy schedule, but the records that came out after 2006 seemed to have flown under my radar. I was more than curious to check out No One Can Save You From Yourself and see how the band had progressed in the 10 years I had missed.

I am not going to go into too many details of what No One Can Save You From Yourself sounds like, because if you are taking the time to read this, you likely already know what to expect. I wasnâ€™t exactly sure what kind of record was waiting for me here, as it turns out, listening to No One Can Save You From Yourself was like stepping into a time machine. Walls Of Jericho have successfully continued doing exactly the same thing they were doing when I had last heard them in 2006. The songs are heavy, with tons of huge (albeit perhaps a bit dated) breakdowns, with all of the angst and double kicks youâ€™d expect from this band. I will give them credit for some how holding true to their sound; if nothing else, No One Can Save You From Yourself sounds like a Walls Of Jericho record, and in a way that is admirable. Many bands fall victim of throwing in poorly thought out gimmicks, or attempt a drastic sound change as they age; Walls Of Jericho didnâ€™t go that route, they still write fast and pissed off early 2000â€™s style metalcore.

Consistency is nice, but far from everything. This is a fun record if you are looking to re-experience some good old fashioned china cymbal driven mosh pit music â€“ it would be great to hit the gym with - but if you are looking for depth or innovation, you would be wise to look elsewhere. The songs have a tendency to be too long, especially for this style, it isnâ€™t a massive flaw for any one song in particular, but a record of this style with 13 songs, most of which are over 3 minutes, is too long. You know a record is too long when the songs start blending together, or when you look down and realize what you thought was track 8 is in fact, track 5. The album closer â€œProbably Willâ€ is a rock song, it is the only song that features clean vocals and a slow rock ballad pace. This song in and of itself isnâ€™t awful, but it left me a bit confused; this sounds like a different band. Vocalist Candace Kucsulain is able to showcase her vocal range, which is nice, but the song has a radio rock, Stone Sour vibe and is definitely out of place on this record.

Bottom line, No One Can Save You From Yourself is exactly what you would expect, slightly dated sounding metalcore. I enjoyed it, and for what they are trying to do I commend them, but if you are looking for a re-worked, envelope pushing Walls Of Jericho, you are going to have to wait for the next record.Â

The Melvins: Three Men and a Baby