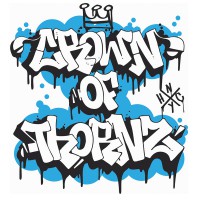 This two song release, Nothing But Tragedy, from New York Hardcore veterans Crown of Thornz combines old school nihilistic disgruntled lyrics and vocals with some updated more metalcore style guitar riffs and breakdowns. Bands such as this are something of a fading breed, so its good to see a new release, even if its not that many songs. Crown of Thornz played with H20, Madball and other well known bands from that period and one of their members was in the more obscure but still pretty good Hare Krishna themed hardcore band Shelter.

The first song, "Kiss of Death," is one of those hardcore songs about an enemy or a feud, perhaps someone they got in a scrap with in the pit, but its fast paced and pissed off and it takes four minutes. The chorus of â€œThis time Iâ€™ve got you in my sights, no more seconds chances, just a kiss good nightâ€ is pretty badass and clearly indicates hostility. With so much pretentious complexity in hardcore these days, its refreshing to see a founding hardcore band return and do some straightforward headbanging songs. The guitar work is standard, sounding like Agnostic Front or 25 Ta Life in general style.

No Reason Why has more metal or complex guitar and breakdown styles, sounding more like Folly or Dillinger Escape Plan a little in in the instrumental parts, so I guess the band is trying to update its style somewhat to keep pace with newer style math rock style metalcore. The song is slower paced and more philosophical in its nihilism than the more aggressive first track, with its chorus â€œWeâ€™re all gonna die, no reason whyâ€. The instrumental parts take up more of the song and its longer, but its a pretty good song, but I like the first track more since its more in character for the band.

I hope this release leads to a full album to revive this kind of hardcore. Now, if only we could score more Shutdown releases while weâ€™re at it.