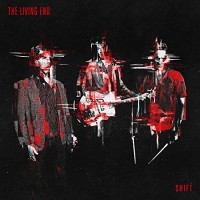 I remember being a teenager and listening to the late night show on the local radio station where they played all the new songs that they were considering putting into regular rotation. For some reason, I decided to record it onto a cassette tape so I could re-listen to it later, since I rarely got to stay up late enough to hear this show. That night, they played â€œTrappedâ€ by The Living End, and I fell so in love with it, I memorized exactly how many seconds I had to rewind at the end of the song so that I could get back to the beginning of it and listen to it over and over again.

The Living Endâ€™s first two albums went on to become two of my favorite punk albums of all time. While they are often referred to as a psychobilly band, I always disagreed with that characterization because I think it implies that the rockabilly and punk elements have even footing in their music, and they donâ€™t. I feel like a better way to describe them is as a pop-punk band with a light sprinkling of rockabillyâ€”and occasionally just a pinch of skaâ€”thrown in for flavor. And boy, did that first self-titled album have a lot of flavor to it! That was one of the most rollickingly fun albums Iâ€™ve ever heard, and even when they were talking about darker topics like the death penalty and school shootings, they still somehow managed to make really fun songs.

Their sophomore effort, Roll On, took this up a notch, pushing the boundaries of both punk and rockabilly, and sometimes even just deconstructing the rockabilly formula and rebuilding it into a completely different shape. But after those two albums, everything else theyâ€™ve done has just not appealed to me as much. I donâ€™t know what it was, but theyâ€™ve just seemed to lack some of the spirit and heart of their first two full lengths. Every now and then, Iâ€™d find a song or two on an album that I really liked, but every album after Roll On just felt to me like it had too much filler. I know that Iâ€™m in the minority on this opinion, as theyâ€™ve continued to topple charts and win awards in their home country of Australia. Even the reviews of their post-Roll On material on this very site are all at least four stars. Hell, on their last album, they got some songwriting help from my favorite living songwriter after Bob Dylan, Craig Finn of The Hold Steady, and I still just couldnâ€™t get it up for The Ending is Just the Beginning Repeating. With each new Living End album, I have hoped to find something that felt as genuine to me as those first two full-lengths and, with the exception of their 2004 four-song EP, Four on the Floor, I have been disappointed every time.

As Chris Cheneyâ€™s guitar belts out like a police siren at the beginning of the albumâ€™s barnburner of an opener, â€œOne Step,â€ it immediately becomes quite clear that The Living End are not fucking around at all this time. Still, this is a Living End album like we have never heard before. That light sprinkling of rockabilly I talked about before? Theyâ€™ve dialed it back to maybe a half-pinch on Shift, producing 11 big, stadium-ready rock songs, and swapping out much of their Stray Cats influence for a little bit of The Police. In fact, the guitar part of â€œWith Enemies Like Thatâ€ sounds eerily like â€œEvery Breath You Take.â€

However, if their musical style has changed a bit, thatâ€™s nothing compared to the lyrical content. Gone are all of their political and social commentaries of old. This is Chris Cheneyâ€™s most introspective record to date, and he goes to a very personal place! Yes, there are songs about break-ups and lost loves, but more notably, the record deals with themes like death, depression, loneliness, and suicidal ideation. This is the undoubtedly the bandâ€™s darkest album. But, as I mentioned before, The Living End, at a very early point in their career, learned the art of marrying dark lyrical themes with very upbeat and fun music without creating any sort of awkwardness, and thatâ€™s a talent that theyâ€™ve pulled back out of their back pockets on Shift. Thatâ€™s not to say that the album is entirely bright, poppy, and happyâ€”in fact, itâ€™s possibly their least â€œpoppyâ€ album to date, and has its fair share of minor keysâ€”but it keeps up a fairly energetic pace through most of the album and musically never gets too bogged down in doom and gloom, making for a surprisingly hopeful journey through some very dark subject matter. Admittedly, some of the songs, like â€œStaring Down the Barrelâ€ and â€œMonkey,â€ fall into the trap of what I like to call â€œGet Up Kids Syndrome,â€ where the verses are very well written, while the choruses revolve around tired, old, clichÃ©d phrases, but this can be forgiven on Shift, as itâ€™s pretty much the only flaw on the entire album.

â€œDeathâ€ and â€œStaring Down the Barrelâ€ give us a one-two punch of a song contemplating the nature of the afterlife, and a song about contemplating suicide. â€œKeep On Runningâ€ immediately picks us back up with a slower, more inspirational song. The addition of a string section on â€œKeep on Runningâ€ makes it sound like some sort of punk rock version of Coldplay, which is a lot better than it sounds. Apparently the only thing we needed to make Coldplay listenable was to add some punk guitar. And Chris Cheney. â€œLife as We Know Itâ€ closes out the album by contradicting the earlier song, â€œDeath,â€ this time taking a hardline atheist stance, insisting that there is no afterlife, and preaching the importance of focusing on your life on this Earth, rather than trying to reach towards some fantastical reward in the afterlife.

I feel like the five-year gap between The Ending is Just the Beginning Repeating and Shift might have partially been because of the fact that this could not have been an easy album to write. Shift feels like an album that Cheney has been putting off writing for a very long time. It feels like an exorcism of all the demons that have been accumulating for him over the years, from his gruesome car accident in 2001, to his â€œpersonal and creative crisisâ€ in 2006 that caused him to quietly leave the band for a short time. Shift doesnâ€™t have the epic, genre-challenging quality of Roll On, or the catchy, poppy quality of Modern Artillery, but itâ€™s also not trying to be either of those things. The Living End have never been strangers to taking musical risks but, while Shift is a musical departure, itâ€™s really the bandâ€™s first album thatâ€™s all about taking emotional risks, which are much harder and scarier for an artist. Thankfully, they all pay off big time on Shift. This is a big, gutsy, brutal, and vulnerable album from an artist who has finally found the genuine sound of his mature self. This is The Living Endâ€™s Blood on the Tracks, if Blood on the Tracks was a rip-roaringly rocking album with wonderfully taught, punchy punk guitar. For all of its darkness, Shift is a triumph of an album, and a refreshing shot of new energy into a 22-year- old band.

Ought / Priests: live in Cambridge