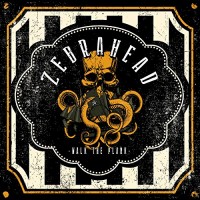 â€œWalk the Plankâ€ is Zebraheadâ€™s best album to date, but thatâ€™s less a compliment to the album than it is an insult to the rest of the bandâ€™s catalogue. Iâ€™ve always been happy to see the rare instances of punk and hip-hop being melded together, but despite being a combination of two very radical genres, Zebrahead refuses to engage with any important issue in any meaningful way. Instead, their lyrics are an assemblage of overused platitudes and party slogans, occasionally taking an extremely uncontroversial stance on a larger issue. Their music is completely devoid of grit, darkness, and depth of any sort. Listening to a Zebrahead album is like skipping dinner and going straight for dessert: itâ€™s fun to do one time, but if you do it every day itâ€™ll probably make you nauseous.

Zebrahead has been trying to achieve mainstream popularity since day one. In the early-2000â€™s they were poised to take the airwaves by storm as the pop-punk answer to the rap-metal craze, but after the third Limp Bizkit album turned out to be the worst thing to come out of a recording studio since the audiobook of Atlas Shrugged, all those who had been associated with the rap-rock trend found themselves jumping ship faster than a time traveller on the Titanic. In an alternate universe Zebrahead became the MTV darlings they always dreamed of being, but in this universe they found themselves a relic from a musical era that ended before it even began. Zebraheadâ€™s solution seems to have been to ignore their own country and to focus on the parts of the world that actually respond to them, namely select parts of Europe and Asia.

Now that theyâ€™ve settled into the reality that theyâ€™ll only ever be a band with moderate overseas appeal, Zebrahead finally seems to feel comfortable, as this is the first album where Zebrahead hasnâ€™t felt extremely desperate, either to establish themselves, to distance themselves from a genre thatâ€™s going down in flames, or to prove that theyâ€™re still the same band without their original lead singer.

â€œWalk the Plankâ€ settles into the groove of a band content with the niche audience theyâ€™ve cultivated. This being the first full album of original material to feature Death By Stereoâ€™s Dan Palmer on lead guitar, the band seems to finally understand how to write a solid song musically, even if the lyrics are as shallow as ever. Ali Tabatabaee spits clever but nonsensical rhymes, making him less of a songwriter than an unofficial member of the bandâ€™s rhythm section, but a valuable member nonetheless.

This album suffers from every problem I pointed out about Zebrahead before. It is still a shallow party album that doesnâ€™t show an inkling of the true spirit of the two working-class street genres it claims to combine. However, as a purely guilty pleasure, Zebrahead is improving their chops considerably. â€œWalk the Plankâ€ never really rises to the level of art, but itâ€™s a pretty solid piece of entertainment.