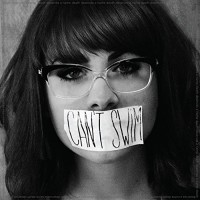 Canâ€™t Swim are the newest addition to the Pure Noise lineup and it seems like they fit the mold quite nicely. Their sound can be compared to labelmates like Handguns, The Story So Far, and Four Year Strong. But the band definitely has a heavier and softer edge as they prove on their new EP, Death Deserves A Name. The EP is a testimony to the bandâ€™s key sound. With an opening spot on Four Year Strongâ€™s tour coming in March, the band will definitely catch the attention of the crowd.

The EP is an impressive collection of detailed and catchy pop punk songs. â€œCome Homeâ€ starts off slow but turns into an impressively energetic pop rock song that showcases the bandâ€™s ability to write diverse and appealing songs. Most of the songs revolve around the poppy choruses while using the verses for softer atmospheric sounds. Canâ€™t Swim also proves their edgier side with bass driven songs and more aggressive pop territory the band doesnâ€™t seem afraid to explore on songs like â€œWay It Wasâ€ and â€œYour Clothes.â€ The band definitely have a diverse territory that wraps up nicely in the pop-rock genre.

The best thing about Death Deserves A Name is that it isnâ€™t overbearing. The band uses five extremely well written songs to show what they sound like. Each song is filled with something different while still maintaining Canâ€™t Swimâ€™s overall vibe. Canâ€™t Swim is an impressive addition to Pure Noise Records and their new EP will lead them to big places in 2016.