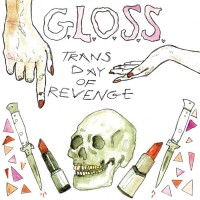 On June 12th, 2016, 29 year old Omar Mir Seddique Mateen entered an LGBTQ nightclub in Orlando, Florida and killed over 50 people in cold blood. The incident has been described as the deadliest terror attack on American soil since the September 11th attacks. Some called it the deadliest mass shooting in American history, although others pointed that out to be an anglo-centric view of history, and that the correct statistic is that itâ€™s the largest mass shooting in America since the Wounded Knee Massacre in 1890. Regardless, it remains the largest single hate crime committed against the LGBTQ community in American history, and there seems to be little doubt at this point that homophobia was the killerâ€™s motivation, as the incident has sent a chill down the spine of every queer person in the world who has watched on with absolute terror.

Unless they wrote and recorded Trans Day of Revenge in a superhumanly short amount of time, or they are, as they claim, actually from the future, thereâ€™s no way that Trans Day of Revenge could have been written or recorded in response to the Orlando attacks. However, the digital version of the album was droppedâ€”as far as I knowâ€”as a surprise on June 13th, less than 36 hours after the incident in Orlando, before there was even an official release date announced for physical copies of the album. The bandâ€™s website actually claims that this EP was mixed in August of 2016 which, as of the writing of this review, hasnâ€™t actually happened yet. Given all of this, it seems likely that G.L.O.S.S. was getting ready to drop this album very shortly, but following the massacre in Orlando, decided to bump up the release date.

When G.L.O.S.S. burst onto the scene last year with their five song EP, there was a lot of buzz about this trans female five-piece from Olympia, Washington, but almost all of that buzz was about the fact that it was a group of trans women speaking about trans issues, not about the music, which was pretty generic hardcore. Trans Day of Revenge is similar in that regard. Itâ€™s slightly more structured than Demo, but then so is a Jackson Pollock painting. But the lack of musical diversity is easily made up for by the sheer brutality of this record. Nobody in punkâ€”past, present, or futureâ€”is as angry as G.L.O.S.S. G.L.O.S.S. makes The Sex Pistols look like a Boy Scout troop and Crass look like a church choir. G. G. Allin would shit himself at a G.L.O.S.S. show, even if he wasnâ€™t on the bill. If Demo sounded angry to you, Trans Day of Revenge doubles down on that white hot rage and takes us to a much scarier place.

Where their demo EP mostly came from a defensive position, talking about the dangers and fears of being trans, Trans Day of Revenge talks about taking more direct action. Even the album title makes that obvious. Thereâ€™s a reason this isnâ€™t called Trans Day of Defense. The word â€œrevengeâ€ was very carefully chosen. It implies a type of violence that, while deserved, is not necessary. It implies a situation where someone could choose to take the peaceful, higher road and walk away, but decides to do the opposite anyway. Itâ€™s not a baseless or unprovoked attack, but revenge implies a very active, offensiveâ€”not defensiveâ€”kind of attack, and thatâ€™s the big shift we see from Demo to Trans Day of Revenge: a switch from defense to offense.

On Trans Day of Revenge, G.L.O.S.S. is done talking about the problems facing them, and are instead making a call to action. In fact, theyâ€™re making a call to very violent action. This is an album thatâ€™s going to make a lot of people very uncomfortable because itâ€™s a rallying cry for, not only trans people, but for all marginalized groups to take violent revenge against their oppressors.

The album opens with the spoken word intro: â€œWhen peace is just another word for death/Itâ€™s our turn to give violence a chance!â€ The ensuing song, â€œGive Violence a Chanceâ€ isnâ€™t a trans rights song, but rather a song in solidarity with the Black Lives Matter movement, with the repeated refrain of â€œBlack lives donâ€™t matter in the eyes of the law,â€ and rejects â€œcalls for peaceâ€ from â€œself-appointed community leadersâ€ as â€œignorant and basic.â€ The rest of the album is equally violent with constant calls to â€œfight for your lifeâ€¦donâ€™t give them a chance.â€ â€œFightâ€ advises â€œSleep with a hammer/Fill a clip with nine round/Plus one in the chamber/When the front door comes down.â€ Finally, the title track closes out the album is filled with fury proclaiming â€œChicks with dicks kill from the heartâ€ and even takes shots at supposed allies the Human Rights Campaign, accusing them of being â€œselfish fucksâ€ and â€yuppie gaysâ€ who â€œthrew us under the bus.â€ Still, the most horrific language comes at the end with â€œBlack trans women/Draped in white sheets/Beaten to death/Harassed by police.â€

At a time when, across the country, politicians and â€œself-appointed community leadersâ€ are calling on us to meet hatred and violence with peace and love, G.L.O.S.S.â€™s call for outright violence may seem jarring. You could debate whether or not G.L.O.S.S. is truly advocating violence or simply being provocative, but the fact remains that this is running counter to the typical, top-down American narrative about the â€œappropriate â€œresponse to acts of terror and hate. Still, while I consider myself an ardent pacifist, I feel that Trans Day of Revenge is a very necessary album. While candlelight vigils and prayer services call for peace, many queer peopleâ€”especially radical queer peopleâ€”in the United States, feel emotionally policed and feel they are being denied their right to be angry about an attack on their own community. In this way, Trans Day of Revenge serves as an outlet for some of the very rightful anger that people are feeling right now.

My ex-girlfriend used to love to talk about the rhetorical concept of â€œkairos,â€ which involves knowing what is most appropriate for the given moment, and being able to understand when something is particular important to the atmosphere of a specific time, even if it wasnâ€™t originally intended for that specific time and place. Releasing Trans Day of Revenge on June 13th was a perfect example of kairos because, while the album may not have been written with this particular tragedy in mind, it seizes on an important moment when it is appropriate. Admittedly, Trans Day of Revenge, clocking in at just under seven minutes long, is so brief that you probably could have listened to the whole thing in the time it took you to read this review, but this album says a lot in those brief seven minutes. Whether or not you agree with its violent message, Trans Day of Revenge is an album that refuses to be ignored and demands to be discussed, and stands as the most vitally important album of 2016 so far.