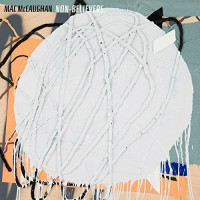 On 2015â€™s Non-Believers, Superchunk and Portastatic frontman Mac McCaughanâ€™s first solo record, the indie-rock icon crafts a sound that slots in somewhere in between the recorded output of his two long-running bands. Most of the songs on this record are slower than your typical Superchunk song, and they see McCaughan ditching Portastaticâ€™s strummy vibe for a synth-heavy, New-Wave aesthetic. Some tracks, in fact, junk the guitars altogether, featuring only bass, synth and drum machine. Itâ€™s a change of pace that, since it came out early last year, Iâ€™ve come to appreciate increasingly; it doesnâ€™t have the immediacy of my favorite Superchunk tracks, but it achieves a mellow-yet-introspective effect that I find really interesting. This album doesnâ€™t rock like some of his other stuff, but he clearly didnâ€™t mean for it to. Here, the lyrics are really on display, and they seem, at least to my mind, to chart the course of a youthful, bygone romance as reflected on by an older, wiser and perhaps somewhat regretful protagonist.

McCaughanâ€™s â€˜80s adolescence clearly inspired these songs. His lyrics come off as wistful, nostalgic and, at times, bittersweet, the product, perhaps, of an established middle-aged indie rocker looking back on a time before he had things figured out. The album cultivates a suburban vibe; in â€œLost Again,â€ the songâ€™s narrator drives past what seems to be the house of an ex-girlfriend, on a street filled with â€œhouses split in twoâ€ and neat hedges. Elsewhere, references to parks, pools and sidewalks strewn with wet leaves accentuate the suburban vibe. In my opinion, the albumâ€™s most memorable moment comes in â€œBox Batteries,â€ when McCaughanâ€™s narrator and a female companion â€“ who, perhaps taking inspiration from Stevie Nicks, gets off on â€œpretend[ing] to be a witchâ€ â€“ ditch the suburbs and take her step-dadâ€™s car, heads for the cliffs, and drink the â€œcheapest beer there is.â€ â€œBox Batteriesâ€ is one of the more up-tempo, catchier songs on the record, probably the closest thing to a Superchunk song youâ€™ll find here, alongside â€œBarely There,â€ a favorite of mine. Another memorable track finds MacCaughan remembering what seems to be the beginning of a relationship and doing his best Yoda, observing that â€œthere is no try, there is only do.â€

Since McCaughan dropped this album heâ€™s toured behind it fairly aggressively. Iâ€™ve had the opportunity to catch a couple of those shows, an interesting experience, as in concert heâ€™s turned many of these songs into more straightforward rockers that have fit in pretty seamlessly alongside the Superchunk and Portastatic cuts heâ€™s played. Non-Believers isnâ€™t my favorite record of his, but thatâ€™s a high bar to set. Itâ€™s a record that stands up to repeat listens and fits in with his other projects while cultivating a distinct vibe. While there are clear standout songs, itâ€™s also a record that Iâ€™ve put on and listened to in its entirety numerous times over the past few months. Itâ€™ll be interesting to see what his next release will be, whether he continues down this new path with another solo record or chooses to record an album with one of his established projects. Whatever he does, hopefully the wait wonâ€™t be too long.