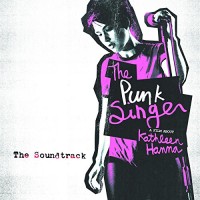 Â  Â  Â  Â  Â  Â  Â  Â Â Bikini Kill, and by extension Kathleen Hannah, are the two names that come to most peopleâ€™s minds when you mention the word Riot Grrl. When the band released Reject All American in 1996, the genre was evolving into something very different than it had been just four years ago and Kathleen Hannah was also going through a musical metamorphosis of her own, a year later Bikini Kill would no longer exist and Hannah would release her solo album Julie Ruin. The band assembled to tour behind Julie Ruin would go on to become Le Tigre just a few years after that.

Â Â Â Â Â Â Â Â Â Â Â Â Â Â Â  The biggest change people were likely to have noticed between this album and its predecessor, Pussy Whipped, is the band stepped up their songwriting to incorporate pop hooks. And it works, had Hannah not called for a media blackout by Riot Grrl bands it is very likely this album could have propelled the band into the mainstream of alternative rock. However, one only need listen to the lyrics of the first song to realize this band put their ethical and political views first. When Kathleen Hannah screams, â€œMirror mirror on the wall, whoâ€™s the fairest one of all? I donâ€™t really care at all.â€ She does so with a level of earnestness that wasnâ€™t found many places in the music business at the point; underground, mainstream, or otherwise. Â Further evidence of the band not caring about mainstream coverage and the issues that come with can be found in one line on the song â€œTony Randall,â€ where Kathleen sings, â€œI see a punk club, he sees a strip bar.â€

Â Â Â Â Â Â Â Â Â Â Â Â Â Â Â  While the lyrics were as visceral and cathartic as ever the big step up, as previously mentioned, was the songwriting. While the band shared the same geographic background as many bands in Seattle, they never had what many called the â€œSeattle Sound.â€ Itâ€™s worth noting though, if you compare Alice In Chains and Soundgarden to Nirvana and Mudhoney that entire concept of a singular sound was complete bullshit. The steps forward in songwriting and more nuanced guitar playing brought this band into the same realm as the latter two bands though. Every song on here is a great song, but it will also kick your ass the whole time youâ€™re listening to it.

Â Â Â Â Â Â Â Â Â Â Â Â Â Â Â  With Seattle in mind, itâ€™s worth noting that Kathleen Hannah played a pivotal role in the grunge rock explosion, if only through sheer luck. The story, which has been corroborated by numerous parties, is that Kathleen wrote â€œKurt smells like teen spiritâ€ on the wall of his apartment. Thinking the statement had far more revolutionary connotations than it actually did. It turned out Bikini Kill drummer and Kurtâ€™s then girlfriend, Tobi Vail, wore Teen Spirit deodorant. Kurt and Kathleenâ€™s friendship extended beyond mutual friendships though, as she penned the song â€œR.I.Pâ€ (Rest In Pissed Off-ness) in his memory. While many bands would write songs about Cobain in the years following his suicide, this one has always struck me as the most honest. It certainly pays tribute to his musical and social contributions to the music scene, but it doesnâ€™t spare him the anger many other songs did. The delivery of the lines, â€œAnd I wouldn't be so fucking mad so fucking pissed off if it wasn't so fucking wrong. It's all fucking wrong. It's not fair, it's not fair, it's not fair,â€ may be the only time that a Bikini Kill song has ever brought me to tears. I would imagine it would do the same that lost anyone they cared about to suicide, addiction, or any other horrific event.