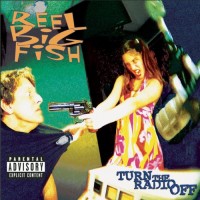 Reel Big Fishâ€™s 2005 album, Weâ€™re Not Happy â€˜til Youâ€™re Not Happy, their song â€œOne Hit Wonderfulâ€ bemoaned the fact that, as a one-hit wonder â€œThey donâ€™t love you/They just love that one song.â€ The banter on their 2006 live album, Our Live Album is Better Than Your Live Album similarly features self-deprecating humor about being a band that was only briefly famous in the mid-90â€™s. Itâ€™s very hard to tell when Reel Big Fishâ€™s self-deprecation is genuine and when itâ€™s just for the sake of humor, but there is most likely a very thin line between the two for them. But to call Reel Big Fish a one-hit wonder or a flash-in-the pan is a vast oversimplification.

Ska has always had a strange relationship with the radio. In the 90â€™s, ska-tinged punk like No Doubt could find its way onto the radio, straight up third-wave ska bands were generally seen as a bit of a niche interest. Even the 80â€™s two-tone ska bands often only struck radio hits when they strayed away from their ska sound. But for one brief moment in 1996, Sublime suddenly became a smash success, and there was a sudden scramble to fill the airwaves with ska bands. It wasnâ€™t just because labels and radio stations wanted to replicate Sublimeâ€™s success, but also to do the things that Sublime could never do. Since Sublimeâ€™s success all came after Bradley Nowellâ€™s death, the band couldnâ€™t be sent on tour do interviews (at least not with the full band). Essentially there was an attempt to find a golden egg laying goose that was still alive and laying eggs.

Reel Big Fishâ€™s status as a one-hit wonder is partially because of the fact that they honestly never wrote another song as infectiously catchy as â€œSell Out,â€ whose horn intro has become joyously iconic in the ska-punk scene, but also because the window for third-wave ska to be a mainstream genre was open for a very short amount of time in 1996, only to be closed again in a year or two. Still, Reel Big Fishâ€™s underground career is absolutely nothing to sneeze at, as theyâ€™ve become possibly third-wave skaâ€™s greatest comedic bands with a strong following to this day. Turn the Radio Off, the bandâ€™s first album (other than their 1995 self-released Everything Sucks which didnâ€™t really see wide release until 2000, and most of whose songs were reused for other albums, including half of Turn the Radio OFF), did more than just produce the bandâ€™s one mainstream hit single, it became a 90â€™s third-wave ska classic as a whole.

While â€œSell Outâ€ was the only official single off of the album, Iâ€™ve heard â€œBeerâ€ and â€œShe Has a Girlfriend Nowâ€ on the radio before. In fact, if you call in to the Throwback Lunch on the local radio station here in Denver and request Reel Big Fish without specifying a song, the DJ invariably plays â€œBeer,â€ and with good reason, as itâ€™s a pretty timeless song about drinking and comradarie. â€œShe Has a Girlfriend Now,â€ on the other handâ€”with its guest appearance from Monique Powell of the far less successful band, Save Ferrisâ€”becomes more dated with each passing year, as the increasing acceptance of LGBTQ people by mainstream society makes a song about an ex-girlfriend who begins dating women exclusively less and less of a novelty than it was in 1996. Granted, I was in junior high when this album came out, so maybe that was part of the novelty for me, but as literally every girlfriend Iâ€™ve had as an adult has been bisexual or pansexual, â€œShe Has a Girlfriend Nowâ€ strikes me as much more mundane now than it once did.

â€œTrendy,â€ â€œSnoop Dog, Baby,â€ â€œNothinâ€™â€ and â€œS.R.â€ remain crowd pleasers for many of the bands live shows, as does â€œEverything Sucks,â€ which does have its own, very low budget music video that I highly recommend. â€œ241â€ does a great job of taking a break from the bandâ€™s humor to give us a welcome reminder that this is a ska band with some serious chops. â€œSay â€˜Tenâ€ holds a special place in my heart for how often it was used in my junior high to tease vegetarians in the class, and its crazed line of â€œIâ€™d eat people if it were legalâ€ is one of the most brutally funny lines on the album. The album closes out on a hidden track thatâ€™s a snippet of the song â€œIâ€™m Cool,â€ which the band took their name from, making this the second of three consecutive albums to contain a version of the song: the punk version on Everything Sucks, the poorly recorded acoustic snippet on this album, and the slowed down reggae version of the song that would later appear on Why Do They Rock So Hard?, demonstrating how important this song was to the band in their early years.

Is the album a little silly at times? Yes. Could a few of the songs been left off to make it tighter? Sure. But that doesnâ€™t change the fact that Turn the Radio Off is a third-wave ska classic. No, you couldnâ€™t really hold this up against, for example, Operation Ivyâ€™s Energy, but when compared to other ska and punk albums that were mainly going for a laugh, Turn the Radio Off is a little smarter, a little more original, and a good deal more polished and professional. And while no Reel Big Fish album after Turn the Radio Off was quite as good, many of them were still very solid albums and solidified their following in the underground.

The colorful photos of the band inside the CDâ€™s sleeve, showed off a band of fun, laid back, distinctly 90â€™s ska guys who looked like a lot of fun and added a lot of charm to the album. Unfortunately, as the years have gone on, those pictures have become more tinged with melancholy nostalgia as, one by one, every member of the band who appeared on Turn the Radio Off has departed the band, with the exception of lead singer Aaron Barrett. A band still tours today that is called Reel Big Fish, and their live show is still pretty good fun, but with Barrett as the only original member, the new lineup also serves as a sad reminder that that particular group of quirky friends from Orange Country who put together this ska-comedy masterpiece isnâ€™t really together anymore. Still, Turn the Radio Off is a gem of a bright, sunny, funny, bitter, sardonic, summertime album, and if it makes Aaron Barrett feel any better, it didnâ€™t make him just a one-hit wonder; it made him the author of an album that a lot of us grew up on, and one that will not soon be forgotten.

AFI: Very Proud of Ya

The Dwarves: The Dwarves are Young and Good Looking