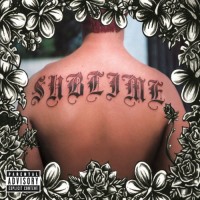 Sublime wouldâ€™ve probably ruled the world if their self titled album came out according to plan. As most people know the story, Bradley Nowell among other members suffered extreme heroin addictions. This led to Bradley overdosing almost a month before Sublime even reached the shelves. To me, itâ€™s somewhat similar to the death of Kurt Cobain but while Nirvana maintained mainstream success, Sublime was only getting started. The album was also a much more polished follow up to the incredibly experimental, Robbinâ€™ The Hood.

Its hard to fathom how much Sublime showed so much growth on Sublime. The songs were extremely well polished, catchy, groovy, punky, mellow, and anything else you can pinpoint on what a reggae/ska album should be. From the mellow openings of â€œGarden Groveâ€ to the perfect ending of â€˜Doinâ€™ Time,â€ the album was certainly the bandâ€™s opus. While the album churned out hits that are unbearable (Iâ€™m looking at you â€œSanteriaâ€ and â€œWrong Wayâ€) the album really redefined the funky reggae and punk jams that Sublime had obviously been working hard towards.

There are too many songs to mention that make this record great though. Whether itâ€™s the psychedelic punky reggae sound on â€œUnder My Voodooâ€ to the stoner jam of â€œPawn Shop,â€ Sublime brought a nice variety and balance that holds together the 17 track album. â€œApril 29, 1992 (Miami)â€ is probably the only political song on the album that takes a catchy riff and drives it towards the stories of the Rodney King riots. The song showed a lot of growth in the bandâ€™s songwriting.

Of Course thereâ€™s a need to mention â€œWhat I Gotâ€ which may be one of the most well known songs besides â€œDate Rapeâ€ and â€œSanteria.â€ â€œWhat I Gotâ€ combined all the elements that Sublime had to offer and while the song wasnâ€™t reggae or anything, the rhythm of the song just felt like Sublime. It embodied the samples Sublime became known for, it contained a sweet but simple guitar solo, and the verses were between Bradley rapping combined with his signature vocal delivery.

Of course Bradleyâ€™s voice shined on this record. The punky edgy vocals he provides on â€œPaddled Outâ€ and â€œSame In The Endâ€ shows Bradleyâ€™s aggressive side while songs like â€œGet Readyâ€ presented a softer side. Thereâ€™s no doubt that Bradley Nowell had one of the most powerful voices that bled happiness and soulfulness. Sublime is just one of those albums you know you can blast in your car or you can take to the beach; it was versatile and still is.

The epic finale of Sublime finds us with â€œDoinâ€™ Time,â€ a song I neglected for many years by brushing it off as a bad song. â€œDoin Timeâ€ is where the album really wrapped up. It took everything the album has to offer and once again flips it upside down with a super feeling of California summer in a song with a catchy chorus that you could almost spit out without thinking of. â€œSummer time and the livinsâ€™ easyâ€ I donâ€™t know how much more laidback the song can be.

Sublimeâ€™s eponymous and final album truly takes the band to the next level and may go down as their masterpiece. I often wonder what wouldâ€™ve happened if Bradley never died. Sublime was headed for greatness and the album was received to praise reviews, thereâ€™s no knowing what could happen if the powerhouse that was Sublime had kept going.Â