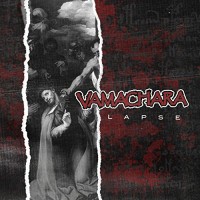 Hailing from Southern California, Vamachara play a heavy combination of 90â€™s metallic hardcore with a slightly more traditional metal vibe. While what they bring to the table might not be new and adventurous, it is pleasantly genuine, and above all, heavy as f*ck.

Modern metalcore has seen many people become jaded and tired of over animated, and ultimately boring chug-ridden breakdowns and high pitched guitar squeals, but Vamachara does it right. The songs on Lapse are extremely heavy and enjoyable; they have done a really good job of combining a crunchy death metal style guitar sound with hardcore style shouted vocals.

Lapse brings to mind influences like Disembodied, and later Martyr AD, but also bands like Sepultura and fellow So-Cal heavyweights Xibalba. The music is focused around crushing slow breakdowns and heavy droning guitars, with a few fast parts added to add an element of diversity to the songs. One of my favorite parts about Lapse is that while paying obvious homage to death metal bands like Obituary and Black Breath, they keep things simple and donâ€™t rely on blast beats or deathcore style pig squeals to get the point across.

Although Lapse has only 4 tracks, Vamachara are contenders for one of the heaviest, mosh-laden releases of 2016. While some may find some of these songs simplistic, I appreciate the pure rage and anger that is expressed in the songs. â€œVictim of Lifeâ€ is a stand out song on this release and I can only imagine a crowd absolutely destroying one and other while this is being played. During a time when many newer metalcore bands rely on the same crunchy, chugged breakdowns, Vamacharaâ€™s traditional influences and hardcore vibe really shine through and separates them from the pack of other forgettable mosh oriented bands.