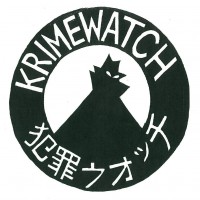 Krimewatch is an East Coast hardcore powder keg with a street punk fuse. An initial menacing bass riff is caught off guard by speedy guitar strumming; echoed, distorted vocals start to shout, and as everything intensifies, a pent up explosion of anger overtakes, revealing the bandâ€™s New York roots.

â€œNo Sympathyâ€ offers an interesting mix of Casualtiesâ€™ vocal patterns, and White Lungâ€™s harsh, haunting delivery. Krimewatchâ€™s combination of styles is rewarding and nice to see their take on using 80s US hardcore, Japanese punk, and seemingly any sub-genre in between. There are glimpses of New York metallic hardcore on the finisher, â€œPeach Generation,â€ a slow, head banging groove woven with jumpy hooks, and even an exhausted grunt to close things out. It's little details like that which give the demo it's raw, pure, hardcore edge.Â

Krimewatch is part of a new wave of the best hardcore weâ€™ve heard in years, definitely be on the lookout. Catchy, fun, and angry, much more is needed, this one demo is not enough. Letâ€™s face it, the logo usage for the band is pretty cool, too; simple, recognizable, and diabolically enjoyable.