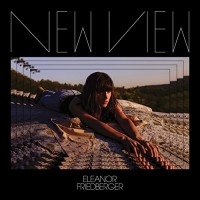 Since The Fiery Furnace's final and appropriately titled 2009 album,Â I'm Going Away, Eleanor Friedberger (one half of that brother-sister duo) has been trying to step out of her brother's shadow. The Fiery Furnaces made a name for themselves by largely eschewing the indie rock trends of the the first decade of the 2000's. They owed more to Frank Zappa than they did to The Sonics. Their records toed a bizarre line between sometimes endlessly catchy and other times barely comprehensible avant-garde electronica. Rehearsing My Choir was more of a radio play than a rock album - it relied heavily on narration from the band's grandmother. The pop side of the band seemed to be more represented by Eleanor who evokes John Lennon and Elton John in stark contrast to Matthew's projection of classical composers in the vein of Richard Wagner and Gustav Mahler. When the band finally called it quits it was clear which direction the siblings would go in. Matthew has released a number of obscure solo records. Matricidal Sons of Bitches is a film, "made so efficiently you don't need the film or the words" - you only need the music. Eleanor meanwhile has released two outstanding pop-oriented solo records, and her new album, New View, has firmly made her solo career into more than a side project. It now has legs of its own on which to stand.

Eleanor's previous two efforts, Last Summer and Personal Record were great and enjoyable records to be sure but read as mostly reactionary. It seemed that she was trying so hard, almost laboring, to set herself aside from her work in The Fiery Furnaces. Those two records seemed hell-bent on creating a cut and dry pop sound. Finally on New View Eleanor has found the perfect balance. There are moments where she can be weird and avant-garde - often strange and rambling melodies are interwoven throughout the album, but at its core New View is a straight ahead pop album with a unique voice. The song structures are unfamiliar and the instrumentation is carefully calculated to keep it from being too much of a "solo singer songwriter" type record.Â

Eleanor has often been singled out for her unique singing style. It's not a monotone but she has a particularly individual way of approaching the microphone. Sometimes things feel half spoken / half sung with her - not shouted or spoken but almost declared. The drawback is that she sometimes seems unable to really do anything else. In The Fiery Furnaces it was hard to notice any shortcomings in her singing because the music behind her was so active and interesting. On her previous solo records she had nothing to hide behind and came up short more often than not. In New View she's grown more and more comfortable with her voice and she's finally changing things up. She's found a healthy mix between soaring and dynamic melodies and the almost-monotone she's known for.Â

For me, the only point on which New View falls flat is its pacing. Most of the songs seem to be more or less around the same speed. There's one or two slower tracks and one faster number, but for the most part the album sits in one spot. I wish there had been more variation around the record to break things up. It didn't feel monotonous but it also felt too easy every now and then to let the album become background noise.

At any rate, New View is by far Eleanor Friedberger's strongest release to date. Her songwriting and performance abilities are at an all time high and her band is tight as hell. The album comes highly recommended for any fans of The Fiery Furnaces or someone looking for something a little more stripped down and relaxed but interesting and dynamic.