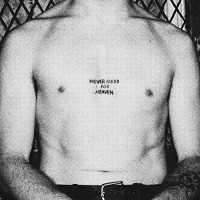 I know that a lot of the other reviewers on this site are musicians in their own right or are in bands of their own. Iâ€™m not like that. Sure, I tried to play instruments growing up. I attempted to learn piano, violin, clarinet, saxophone, and guitar, but I never got particularly great at any of them. The only thing I really excelled at was my AP Music Theory class in high school, where music was broken down into raw components and mathematical formulas. I did so well, in fact, that the metalheads in my class complained that someone who listened to something as simplistic as punk was getting better grades than they did. (Random fun fact: The bassist from Deer Tick was in that class with me.) But as well as I did in that class, when I tried to play an instrument, something got lost as that knowledge moved from my brain down to my fingers, and I always played every instrument gracelessly and clumsily. I tell you this as background so that you can understand what I mean when I tell you that I am Â confident that even I could play this entire album on the guitar.

For large parts of Bent Lifeâ€™s album, Never Asked for Heaven, the guitars appear to be playing just one chord repeatedly, or else are alternating between chords that are so similar they might as well just be playing one chord over and over again. I say â€œguitarsâ€ because the bandâ€™s Facebook page claims that they have two guitarists. They could have fooled me. This barely sounds like one guitarist, let a lone two. Now, you can tell me that thatâ€™s what punk is, itâ€™s the genre of simple, three chord songs like The Ramones and the Sex Pistols taught us. But The Ramones and Sex Pistols at least had a talent for building catchy hooks out of the few chords they played. Bent Life, on the other hand, merges together monotonous chords and monotonous screaming vocals to create one of the most painfully boring albums Iâ€™ve ever listened to. The guitarists arenâ€™t even playing particularly fast hardcore. The only bright spot is the drumming, which further proves what Iâ€™ve always been saying: the drummer is the only member of a punk band thatâ€™s not allowed to suck. Still, decent drumming isnâ€™t enough to save this album, and after listening to it one time through, I never want to hear this album again. If I had a terminal illness and this album was the cure, Iâ€™d choose death over having to listen to it again.