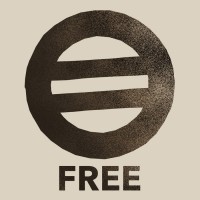 Intellectualism is an interesting thing in the hardcore underground. It is often a dividing line between subgenres, allowing the thuggish types to dismiss introspective lyrics as emasculating and weak, while offering snobbish hipster types the opportunity to condescendingly reproach the suggestion that streetwise hardcore has any merit whatsoever. But there are always a few bands that manage to bridge that gap. And thankfully so. After giving their 2015 demo quite a few listens, it seems that Free is just one of those bands.

Their 2015 demo charges through with a great symmetry of smart lyrics and resoundingly fast angry music. The demoâ€™s third track, â€œMA Flex,â€ is a scathing indictment of the bandâ€™s hometown scene. And whatâ€™s more, the song does not at all come off hokey or crewish or juvenile. Rather itâ€™s an honest reflection of a young man who wishes his scene to be as open and welcoming as it was to him. Adding to the songâ€™s already genuine vibe are guest vocals by Sweet Pete (In My Eyes) and Casey Nealon (Youth Funeral).

Musically, there is a consistency to the drumming that really elevates the energy throughout the demo. From big fills to simple snare and hi-hat hits, the drummer is a standout on the recording. The final track, â€œWe Live Free,â€ exemplifies the quality here. The song opens with guitar ring-outs measured against heavy drum fills that crescendo into a fast-paced verse, and fall back into bouncing fills. And thatâ€™s not to say the guitarwork is elementary at all. Itâ€™s certainly a bit simpler than other aspects of the bandâ€™s formula. But the strong balance between traditional horse-hopping hardcore riffs and more melodic ring outs allow the vocals to shine. The recording shows a high level of musicianship all around.

The demo itself is quite simply great. Itâ€™s short, itâ€™s angry, and itâ€™s intelligent. The band certainly draws on its local Boston heritage as well as some mid-90â€™s Louisville sounds (think Endpoint/By the Grace of God) to create a great hardcore offering. I imagine that there will be more polished and lengthy releases from Free in the future, and I look forward to what these guys have to offer. For those of you who seek the heaviness and aggression of hardcore but who shy away from the more Neanderthal aspects of that sound, find this Free demo. Itâ€™s available via cassette at their live shows and for a donation on their Bandcamp site.


And, oh, the band is nearly everyone from Have Heart including Pat Flynn. Thoughtfulness and intelligence indeed.