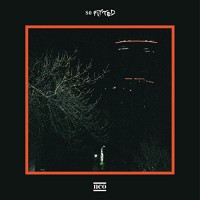 After a week of living with So Pittedâ€™s debut record, neo, Iâ€™m still not entirely sure what to do with it. Their brand of hardcore punk with a side of metal is disorienting, creative, and wildly inconsistent.

This inconsistency is apparently baked into the bandâ€™s doctrine. So Pittedâ€™s press materials boast about the bandâ€™s open philosophy regarding their songwriting: Every member, with their varied influence and musical backgrounds, contributes whatever they want. They often switch instruments and lead vocals between songs, and it shows.

From the first song, â€œcat scratchâ€, a listener would assume they are listening to a Jesus Lizard revival, but then subsequent song â€œpay attention to meâ€ sounds like it was produced in collaboration with The Body. So Pitted are constantly changing gears, and it seems like as soon as this album gets some momentum, the listener is whiplashed into whichever different style fits So Pittedâ€™s whims. It makes the album difficult to pin down and, frankly, a difficult listen.

Thatâ€™s not to say this is a bad album, though. In fact, neo is heavily populated with great songs. â€œwoeâ€ was a standout for me. The songâ€™s droning, repetitive vocals are coupled with a heavy-as-shit bassline and punctuated by some mind-bendingly discordant riffs on guitar. Back-to-back METZ-style rockers â€œholding the voidâ€ and â€œno nuke countryâ€ are driving and catchy. They even sneak some indie-punk riffs into â€œthe sickness.â€

Only towards the end of the album do they seem to run out of ideas, as the last few songs either run together or are retreads of previously worn ground. â€œget out of my roomâ€ has almost the exact same structure and style as â€œwoeâ€, but with much less tension and a weaker payoff, while closer â€œchop down that treeâ€ doesnâ€™t hit nearly as hard as it should, considering itâ€™s wild drumming and chugging riffs.

At the end of the day, I cannot disparage a punk band for doing whatever the hell they want, and I enjoy most of the songs on this album. I donâ€™t expect a long and fruitful relationship with neo, but I am interested what a more focused version of this band can produce.

Owen: The King of Whys