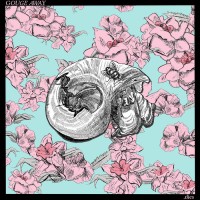 South Floridaâ€™s Gouge Away is hard to pinpoint. Most of the time theyâ€™re a hardcore punk band, but they can be post-hardcore, melodic, punk, sludge and everything in between. Think if Code Orange met the punk complexities of Kid Dynamite crossing over into the intensity and political drive of Paint It Black. Needless to say, Gouge Away is a hardcore punk dynamo. Fronted by Christina Stijy, the singer expresses her anger through her energy not only live but also on their debut full-length , Dies. The album is full of fast intricate songs that are sure to strike a chord in both the hardcore and punk communities.

, Dies is an extremely political record from the moment it starts to the second it ends. The band takes a stand on rape culture on the gruelingly heavy and melodic anthem, â€œEnoughâ€ and animal rights issues on â€œUproar.â€ Each song makes a point to be as in your face as possible with straight to the point lyrics and musical vigor. The bands approach works extremely well and the group have a dynamic that is fast as hell at one point to slowed down parts that provide just as much energy in a quieter setting.

Many of the songs donâ€™t meet the two-minute mark. But the band manages to cram in enough raw energy into each track. â€œDirt Napâ€ is a song about the stigma of depression that crams a minute and 55 seconds of relentless hardcore punk. â€œCallousedâ€ is an anthemic hardcore punk song that will get under your skin with each listen. â€œWho Needs Languageâ€ begins with a melodic instrumental intro and feeds into the heavy screams of Stijy.

â€œWildflowersâ€ has a progression that perfectly ends the album. The song clocks in as long the longest on the record and plays like a Strike Anywhere song. Itâ€™s a classic punk song that has all of the elements and will leave you singing the final gang vocals wondering if youâ€™re just as pissed off as them (which you probably are).

Gouge Away is a breath of fresh air as a band settling into the scene. Their intensity is unmatchable and the band have certainly delegated their sound into an in your face political hardcore punk frenzy. Fresh off tours with bands like Ceremony and Touche Amore and big name festivals, Gouge Away is certainly a band to get into.