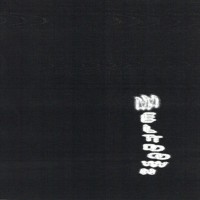 Canada's Single Mothers have resurfaced with news that their next LP is done. Accompanying this are five very rough and very unpolished tracks with the 12 others kept for the forthcoming record. Meltdown EP is what it is. A tease to stay relevant and remind you why "Winter Coats" was the shit. It's also an organic step forward from what Negative Qualities sounded like in 2014. Still brash. Still aggressive. But with more direction.

The opening salvo and self-titled track feels like Drug Church meets La Dispute as it goes off on religion. Glad to see they're sticking to their hardcore-punk guns and as expected, their dissonant aggression scrapes at you. Andrew Thomson is as angry and sarcastic as ever on the mic with his delivery packing much more energy than the last album. The guitars and thrashing cymbals on "Idiomatic" further help to build a lot of the hardcore rhythms on tap, which feel much more gigantic in sound as the EP progresses. This helps to remove the last tag I personally held for them -- as a louder and rasher Touche Amore. "Everybody Cool" unwinds the album in its shout along nature a melodic '90s rock track that acts as the breather on the record. It allows the band smartly build to their Black Flag homage on "Slow Reader", reiterating their intent. Still loud, abrasive and with a lot to say. Whatever these snarly Ontarians have to say, I'm always in, especially with them snarling in a production engineered byÂ Alexisonfire's Wade MacNeil.

Crybaby: Drag Me Under

Katy Goodman / Greta Morgan: Take It, It's Yours