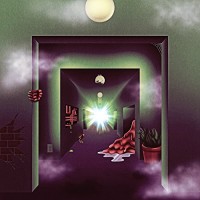 Eclectic would be a major understatement if used to describe Thee Oh Sees. 11 records in eight years is more than enough source material to ascertain this. Psychedelic. Funk. Trippy. Buzzy. It's all there. Through the lineup changes, the sonic diversity that pre-dates A Weird Exits has always been enough to uplift even their weakest of records. John Dwyer once more amps it up to 10 and unleashes tons of energy that makes up for the downs they've produced and by album's end, you'll find yourself all too familiar with everything that won you over in the first place.

"Ticklish Warrior" helps start things off on a high. Sludgy, heavy and ever aggressive. It signals them being less loose with the album's sound and instead directing all their energies on the sounds that they know best. Dwyer's whispery vocals chiming in from time to time do well to add those layers of mystery and help bring that infectious live feeling to the fore. You can feel the crowd's energy right in front you and he lets it all out. Ruthless, incessant but ever so deliberate as if to flip off everyone who downed them in the past. The double-drum act ofÂ Ryan Moutinho and Dan Rincon add that extra kick for good measure, which sounds even better on "Jammed Entrance" and "Plastic Plant". The guitars are so slick and flexible, crafting harmonies at each and every turn. They cut absolutely no corner in how many solos and riffs they pack in as well. By the time "The Axis" melts in, it's a mash up of organs, guitars and a lot more...all culminating in one epic explosion at the end. Calm and peace just barreling into a storm. A fitting way to once more let everyone know that whatever you loved about them before, it's here. With some new tricks as well.Â A Weird ExitsÂ runs a tad overboard and drags midway through but despite being about three or four tracks too long, don't let it slip by.Â

Katy Goodman / Greta Morgan: Take It, It's Yours