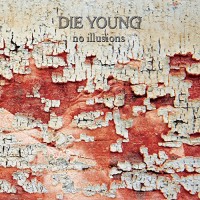 Die Young, Texasâ€™s finest metallic hardcore export has returned once again with a juggernaut full-length â€“ their first for Good Fight â€“ entitled No Illusions. After a five-year hiatus, and on the heels of a fantastic comeback EP â€“ 2014â€™s Chosen Path â€“ itâ€™s hard to believe this long-running outfit could have any more songs left in them. Suffice to say, at a whopping sixteen tracks, No Illusions destroys this notion and then some.

Die Youngâ€™s newest remains lyrically rooted in the ideals of social justice, condemnation of the wicked and their excesses, and a righteous frustration for the sorry state of our worldâ€™s decay. Musically, however, the band has moved more into metallic territory than ever before. The crossover vibe of songs like â€œBear Witnessâ€ and â€œGodâ€™s Promises,â€ as well as the Kerry King riffing on â€œProvidenceâ€ and â€œSpared,â€ will go a long way toward surprising some of Die Youngâ€™s long-time fans. I also detect a serious In Cold Blood vibe on tracks like â€œAutomatonsâ€ and the bone-shattering closer, â€œThe Weeping Song.â€ It sounds like the band hired out Aaron Melnick to ghostwrite some of the riffs, or to at least rip some of his signature solos all over this thing.

Itâ€™s not often a band can come back from such a lengthy hiatus and still continue to put out relevant music. Die Young has been one of metallic hardcoreâ€™s mainstays for over a decade and No Illusions is proof that they wonâ€™t be going away any time soon.