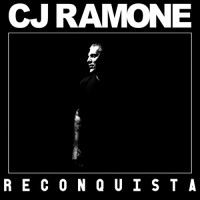 CJ Ramone played bass for The Ramones from 1989 until the band broke up in 1996.Â It has been said that he reenergized the band during those years. When The Ramones went their separate ways they all pretty much stayed in the music industry pursuing their respective solo careers. But what happened to CJ Ramone after that? Well he didnâ€™t have a solo career right away. He was in bands such as 22 Jacks and Los Gusanos, but it wasnâ€™t until 2012 that he released his first solo record Reconquista. According to the documentaryÂ that was shot while recording this LP, he made it his mission to write an album that stayed true and continued The Ramonesâ€™ legacy and with help of notable punk musicians such as Steve Soto of The Adolescents, Jay Bentley of Bad Religion, Johnny Two Bags of Social Distortion and others -- and CJ successfully did just that.

If you compared this record to 2014â€™s Last Chance To Dance, it is arguable that CJ played to pretty safe in terms of keeping The Ramonesâ€™ sound alive on Reconquista, which isnâ€™t a bad thing at all. In fact it shows just how loyal he was and how thankful he was to be a Ramone. Last Chance To Dance is sort of where he comes out of his shell a bit more and added some of his personal influences to it. Songs like â€œThree Angelsâ€ and â€œShut Upâ€ were perfect examples of how he stuck with The Ramonesâ€™ vibe. In â€œThree Angelsâ€ you heard a lot of those heavy, Johnny Ramone-influenced down strokes, with a catchy melody and somewhat repetitive lyrics in that early Ramones fashion. Compared to Joeyâ€™s vocals CJâ€™s were much brighter and had a lot more body and volume to them. This part of his songs was clearly where CJ branched out a bit. But â€œThree Angelsâ€ was perhaps the most important track on the album because it about Joey, Johnny and Dee Dee who at this point in time had all passed on, but were looking over CJ Ramone as he carried on the bandâ€™s legacy.

Though a lot of Reconquista is very Ramones-esque, it is important to note that CJ did include some of his own musical characteristics to some of the songs as well. His love of heavy metal is very evident in the guitar parts of â€œNobodyâ€™s Sweetheart.â€ The lyrics to the track â€œLow Ammo,â€ though they were metaphorical, they were also autobiographical because they obviously stem from his time serving the Marines before he joined The Ramones. Interestingly, he also sort of spoke and yelled the verse lyrics and then transitioned to singing very anthemic chorus. On the instrumentation side of this track, there is a descending guitar lead in the introduction, which was something you heard very seldom in Ramones songs. The tune was much brighter overall as well.

For his first attempt at a solo record CJ Ramone crushed it. It was arguably harder for him because he had the pressure of continuing The Ramonesâ€™ legacy in his music while hopefully pleasing Ramones fans. It couldnâ€™t look like he was just trying to cash in on the fact that he was in the band for their last remaining years. And let me be clear â€” that is absolutely not what happened here with Reconquista. CJ managed not only to come off as the one Â â€œleading the wayâ€ and holding â€œThe Ramones torch,â€ but also as incredibly sincere and original all at the same time.Â

Ramones: End of the Century