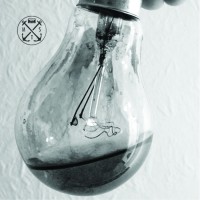 Midland, UKâ€™s Mixtape Saints have a way about crafting their music. Whether itâ€™s full band or solo, their songs are a blend of the melody of The Menzingers, the emotion of Gaslight Anthem and the drive of Hot Water Music. Bright Light/Burned Out is an acoustic EP created by the band while theyâ€™re in between drummers. The band exudes a positive growth in their music as they find themselves in the in between of their next journey. Bright Lights/Burned Out is a nice collection of acoustic songs that show off the bandâ€™s softer and sensitive side.

The EP carries an interesting pattern of melodies that helps Mixtape Saints live up to their own branding of punk rock soul. â€œSpare Changeâ€ is a sing-along song that helps introduce the album with a bright enthusiastic sound. The rest of the EP follows suit with a bright sounding guitar, pretty vocals and charming lyrics. â€œHeartbreakâ€ has more of a Bruce Springsteen meets Chuck Ragan kind of feel that gives the song more of an Americana feel. Some of the songs sound like they would make great demos for full band songs, which will hopefully be a part of the next phase of the band. â€œNo Regretsâ€ and â€˜Bright Lightsâ€ are perfect examples of songs that the band could make into something more. Theyâ€™re the most energetic songs in the bunch and represent the bandâ€™s transition period.

The EP is extremely moving and has its moment. Sometimes the songs can drag but the next song usually makes up for it. Each song is crafted nicely and the overall songwriting for an acoustic EP is pretty impressive. Bright Lights/Burned Out is good end of Summer/beginning of Fall bonfire kind of music.

Bong Mountain: You're Doin' Great! (for the record)