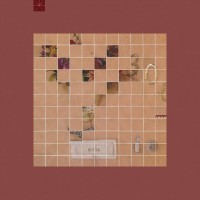 In 2013, I suffered a severe bout of depression. Is Survived By was the album that saved my life. It found TouchÃ© AmorÃ© vocalist, Jeremy Bolm, questioning mortality, which resonated deeply with me at that point. Up until this year, I thought he spoke from a generic place, a conceptual one. This year, however, revealed that it may well have been one of foreshadowing. Stage Four is about Bolm dealing with death directly -- his mother, Sandra -- in an aptly-titled collection of songs on ironically, their fourth album. The title also refers to the stage of cancer she was in on passing. As Bolm copes in the aftermath, the album finds itself draped in less aggressive territory and one that's more melodic and shimmery, which in all fairness was the direction they seemed to be steering the ship in three years ago. It ends up being a beautiful, poetic eulogy for a band that's scrubbed their abrasive post-hardcore nature for something, as cliched as it is, more heartfelt. More rhythmic. More inherent to us. More intrinsic to the spirit that drives us internally. And in so doing, they've crafted something that's more harmonious in its send-off.

The first two tracks are songs I don't think anyone would have anticipated if you listened to their earlier catalog. "Flowers and You" and "New Halloween" (which even has a tinge of pop-punk in its intro), despite their melodies, are loud and in-your-face. But with a sense of deeper contemplation. Brutally vulnerable and exposed as they start off bringing Is Survived By full circle. It feels like they pick up right where 2013 left off. A friend said that a lot of what Stage Four offers feels like new-era Pianos Become The Teeth (musically sprawling and gazey) meets the gruff of Polar Bear Club. I couldn't agree more. The upbeat tempos stand in stark contrast to the dark, confessional lyrics -- hammering home themes of faith, grief, guilt, regret and despair for the time Bolm failed to spend with his mother at the end. I love how the record is littered with solos throughout to make their sound grow in ambition and versatility.

"Rapture" holds an even more special place in my heart. It's hard-edged post-hardcore but one thing I want to mention -- when I caught them at Riot Fest Chicago, there was this moment during this song where Bolm was singing this track amid a drizzle. It was the first day. I noticed him reaching out into the sky while everyone moshed and he smiled. He was trying to touch a flock of birds that were making a 180 just like in the "Gravity, Metaphorically" video years ago and he mouthed his mother' name -- without anyone noticing. What ensued was mindblowing. A stream of sunlight parted the clouds and lit his face up. Suddenly, the drizzle stopped and sunlight enveloped Douglas Park. And not a single drop fell for the rest of the festival. "I donâ€™t open up to people too much in regular life, but when Iâ€™m writing songs, I want to be as open and as honest as possible," he once said and this particular song is one of the album's strongest as he sings about rallying to stay afloat hoping that the departed is indeed adrift and at peace. This song's based on cutting riffs and a lush atmospheric sense of space, letting his words breathe with even more life. The fracture that this musical novel plays up has Brad Wood's emo stamp of approval unfurling in full bloom which is also a big plus for people like me who grew up on his Sunny Day Real Estate masterpiece in Diary. TouchÃ© AmorÃ© were touted by Thursday's Geoff Rickly as the band to transcend The Wave and become the torchbearers for post-hardcore/screamo and seeing them both at Riot Fest was quite poetic because it reaffirmed this statement Rickly made. And emphasized where the crown now sits.

The rollercoaster of emotions being processed finds Bolm even taking a shot at singing. Monotone and flat like his friends in Ceremony. But nothing too drastic to put you off. In fact, these sections where he sings are those that detail his personal defeat and inner-hurt even more. "Benediction" is an example of this -- post-rock and twinkly as he deals with the funeral procession itself. It's ironic how Kyle Durfey (PBTT) finally got the closure via Keep You when they signed to Epitaph after singing about his father's ghost for so long a la The Lack Long After. Only for his label-mates to find the tables turned. TA helm a bigger yet soothing sound, compounded by death and a lack of closure -- rolling on in "Eight Seconds". It's vintage TA as Bolm goes on about avoiding the call which he felt was the one that signaled the worst. After a FEST show, he ignored it and socialized. He was right as it refers to family members lashing out at him for living the dream on stage while his mother died. I could relate because I too drowned myself in distractions when both my parents fell ill in the past. I guess it's something about seeing the ones we view as heroes wither away. That concept of reality is touched on here and it's scary to absorb. "Palm Dreams" continues the melodic narrative as he describes his mom's journey in life, to the bright future that LA offered. The big dream. It's a perfect setup for what ends the record in "Skyscraper" -- a testament to how good they are by having indie-act Julien Baker build to a loud, hazy crescendo where, as you've seen in the music video, Sandy finds peace. All under the lights of NYC. A place she felt alive and where Bolm thinks her spirit will reside forever (he's shunting her around in a wheelchair to the places that have her essence). The voice note of her describing how she's off to pick up a prescription and that she won't be home when he gets there is a crushing finale, indeed.

Stage Four is bigger in scope and is a flourishing sound thanks to Clayton Stevens and Nick Steinhardt on the guitars. They craft something subtle, where less is more. Elliot Babin's drums aren't as relentless as before and this too works in their favor because it allows the vocal lmessage to seep in. Deeper and deeper. And it helps you extract the narrative at hand -- less anger, more tempered angst. The album, as it winds down, grows into something anthemic, comforting and yes, it does hint at a light at the end of the tunnel. It does hint at a son, optimistic of making his mother proud, honoring her legacy and memory. I pitched a film today in a competition about a son losing his mother to cancer and acting out, and this record served as great inspiration. Make no mistake, it's a heavy listen in terms of emotional gravity and it'll hit home very hard. But it's the inevitable that we have to face and I thank TA for sharing this with us. Therapy. Rehabilitation. It's an open book, heart-on-sleeve piece of art I'll appreciate forever because it waxes on and on about something I can't imagine living without -- my mother. This is one of the most courageous things I've ever listened to and its effect is nothing short of lasting. RIP Sandy. Your son is indeed spreading light amid a dark world.Â