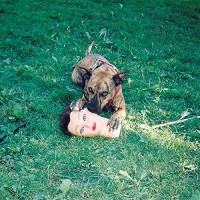 Joyce Manorâ€™s fourth full length arrives with a new sense of confidence, one reiterated with a Kanye West reference in the first song. Cody, the newest addition to an almost perfect catalogue, benefits from self-imposed expectations and overall progress.

Itâ€™s hard to follow a breakthrough record, especially one such as Never Hungover Again. Released on Epitaph, the record transported them to â€œcoolâ€ punk band on many indie websites. Cody is both the next logical step as well as a huge leap forward. First of all, it runs twenty-five minutes, which, for albums of this brevity, is noticeable. â€œLast You Heard of Meâ€ and â€œStairsâ€ see Joyce Manor allowing the songs to develop, a contrast to their usual spurts of emotion. Speaking of change and emotion: â€œDo You Really Want to Get Better.â€ A sparse duet with Phoebe Bridgers, the song finds Joyce Manor at their most beautiful and melodic, words not necessarily associated with the band before. And it works. It works the way Of All Things I Will Soon Grow Tired worksâ€”an aural experiment meant to keep them from being just another pop punk band.

Indie pro Rob Schnapf (Beck, Saves the Day, Elliot Smith) was brought in to prevent just that. Instead he gives the band an indie sheen without neglecting what makes them unique. Everything is cleaner, especially Johnsonâ€™s vocals. The same can be said for the musicianship, more specifically, the guitars. Schnapf forces Joyce Manor to stretch new muscles without it feeling like a cash grab. There is an extraordinary balance at work as he teaches songwriting tricks that work for their sound. Sure, itâ€™s less aggressive and gritty, but thatâ€™s the price of growth.

The rest of Cody is what you want. â€œAngel In the Snowâ€ may be the best song the band has ever written. â€œMake Me Dumbâ€ is early 00â€™s pop punk filtered through late 90â€™s emo. â€œOver Before It Beganâ€ and â€œReversing Machineâ€ add a softer edge to the unmistakable Joyce Manor sound. Plus, Johnsonâ€™s storytelling has only gotten better over the years. A song like â€œStairsâ€ may be his most honest and benefits greatly from the time spent crafting it.

Â­Cody is, without a doubt, the bandâ€™s creative high point. Itâ€™s sure to catapult the band further than even Never Hungover Again. Joyce Manor embraces the evolution without harping on it. Theyâ€™ve always been impressively consistent while refusing to settle for anything less than greatness and Cody is just another example of this.Â